The threat of antimicrobial resistance (AMR) could reverse gains made by modern medicine. In May 2015, the World Health Assembly endorsed the Global Action Plan (GAP) on AMR that called upon member states to develop National Action Plans (NAPs) to address AMR. NAPs include human health, food systems and the environment and requires a coordinated response to address its complex, multi-faceted nature.

The GAP provides a framework with the overall goal of ensuring continuity of successful treatment and prevention of infectious diseases with effective and safe medicines that are quality-assured, used responsibly and accessible to all who need them1. As of December 31st 2019 and according to the WHO Regional Office for Africa, 33 African countries had AMR NAPs, 16 politically endorsed at government level, 13 technically endorsed and still going through countries legislative processes and the rest were being developed. Civil Society Organizations, Centre for Disease Dynamics, Economics & Policy (CDDEP) and ReAct Africa have played an instrumental role in supporting countries in achieving this goal.

The threat of AMR in Africa

Due to the paucity of data the burden of AMR and its full impact in African countries is unknown. However, its impact is likely greater in Africa, with more than half of the world’s poorest and the high burden of infectious diseases such as tuberculosis, malaria, and AIDS and non-communicable diseases (NCDs). There are high levels of inequality which AMR threatens to increase. It is not uncommon to find large communities that lack basic infrastructure and amenities like clean water and electricity. Additionally, most sub-Saharan African countries have huge legacies of HIV and AIDS which makes populations immunocompromised and at high risk of infection. Other challenges include countries affected by ‘fragility, conflict and violence’ (FCV) with most ranked in the lowest quartile on the global Human Capital Index and have poor health outcomes2. In these countries, the governments may fail to provide basic services such as clean water and sanitation, health services, education and economic security. The economic cost for these countries of AMR will be worse and widen the gender and disparity gap.

The burden of AMR threatens already weak health systems that are unable to respond effectively to pandemics, emerging and remerging infectious diseases at the same time providing routine care. Further, the achievement of the 2030 Agenda is threatened, as most Sustainable Development Goals (SDGs) are impacted directly or indirectly by AMR. One immediate consequence of AMR is the failure of antibiotic treatments, resulting in consequences such as increased costs, longer hospitalizations, increased chances of hospital-acquired infections, missed days of work or school as well as morbidity and mortality. The true impact of AMR in Africa is probably worse than in the US where 2.8 million people get an antibiotic-resistant infection resulting in 35,000 deaths each year3.

From my experience of supporting countries with National Action Plan (NAP) development and implementation, implementation is cost-intensive, a major limiting step for most African countries.

The major drivers of AMR are the misuse and overuse of antibiotics in both people and animals, plus environmental pollution from pharmaceutical and hospital effluents, lack of clean water and sanitation. A move from extensive to intensive farming also puts pressure on farmers to use antibiotics as growth promoters to prevent diseases as a substitute for good biosecurity measures and weak health systems. Health system challenges include lack of access to effective, quality-assured antibiotics and a lack of or suboptimal diagnostics. They can also include low immunization rates and hesitancy plus a lack of or non-adherence to guidelines and poor infection prevention practices. In most communities, antibiotics are easily accessible and can be purchased without prescription from legal and illegal outlets. This is not helped by inadequate regulatory systems. Mainstreaming AMR into already funded activities for SDGs, HIV and AIDS, TB or water, sanitation and hygiene (WASH) is one way to mitigate AMR and consolidate country efforts.

Moving from paper to action

The greatest challenge in Africa has been the implementation of NAPs. Most low and middle-income countries (LMICs) developed their AMR NAPs between 2015 and 2018 typically for 5 years. Progress so far is mixed with some countries initiating activities across some pillars but others who have not started implementing their plans. This is due to a root lack of awareness, knowledge and appreciation of the threat of AMR its potential impact on every sphere of human life, and a lack of technical and financial resources for implementation. To elicit a sustained response policymakers and communities need greater understanding and line ministries and other stakeholders need to work together.

From my experience of supporting countries with NAP development and implementation, implementation is cost-intensive, a major limiting step for most African countries. For example, the AMR NAP for Zimbabwe was estimated to cost $44.6 million over 5 years from 2017, with an initial investment of $3.4 million in the first year and $10.2 million in the second year (2018), on average $7.5 million a year4. These are resources that were not available in the country. Some plans are estimated at double that amount over the 5- year period. Integrated activities for full implementation would cost millions of dollars. Most LMICs were supported financially to develop their AMR NAPs showing the importance of funding for implementation. Despite this, the ministries of finance, who are key to funding, are often left out of discussions leading to a lack of support from them. AMR calls for a paradigm shift in thinking and planning of activities across sectors and ministries to ensure ownership and intersectoral collaboration.

The true impact of AMR in Africa is probably worse than in the US where 2.8 million people get an antibiotic-resistant infection resulting in 35,000 deaths each year.

There has been a lack of sustained ‘political will’ that translates into allocating resources and for NAP activities in national budgets. Often politicians appear for launching ceremonies of AMR NAPs, but this does not translate into tangible support. Though all NAPs have governance structures including AMR Focal Points, a secretariat and a ministerial committee, they do not function optimally. AMR Focal Points in Africa have other primary obligations and responsibilities with AMR activity coordination an added responsibility. They lack resources like information systems, office equipment and staff to support them, limiting their optimal function. Inter-ministerial meetings, intended to strengthen coordination among line ministries do not occur, this often leads to only one ministry taking on the implementation of activities. Therefore, strengthening the AMR Secretariat in their role and functions is critical. There is also a lack of surveillance data to inform decision-making and interventions as well as poor infrastructure and a lack of funding for activities. Quality assurance processes to support lab results uptake are important as well as changing the behavior of health care workers towards antibiotic use.

Some NAPs are not anchored in country policies and structures to allow for funding and others are weak and not reflective of the situation in the country with a lack of prioritization and costing. They were developed in haste and need to be revised. To be able to monitor progress and measure milestones implementation in some countries is largely donor-driven; this leaves behind countries that are not on the priority list of the donor.

Mainstreaming AMR into already funded activities for SDGs, HIV and AIDS, TB or water, sanitation and hygiene (WASH) is one way to mitigate AMR and consolidate country efforts.

Strong governance and multisectoral collaboration across sectors and new streams of funding are needed to support and manage successful implementation. Addressing access issues to effective and quality assured antibiotics should be a priority as well as the strengthening of health and sustainable food systems. Cost-benefit case studies that are country and region-specific are needed to make the required economic cases to show the benefits of interventions and to move politicians. Current case studies are based on modelling in high- income countries, not LMICs. African countries need to take up ownership of AMR and invest in NAP implementation and should move towards local solutions by harvesting and utilizing local data. Unfortunately, African countries have lagged in meeting their commitments, such as the Abuja Declaration, where African leaders committed to setting aside 15% of their national budgets towards health5, to Millennium Development Goals (MDGs) and SDGs. Countries should also seek support from the African Union, the Regional Economic Communities such as the Southern African Community who have developed an AMR Policy to support their 16 member countries.

The benefits of addressing AMR in a concerted and coordinated way will not only benefit the strengthening of health systems but provide a strong architecture for addressing and responding to both emerging and re-emerging infectious diseases. Strong health systems are better positioned to address epidemics and pandemics as with COVID-19. Efforts to address AMR should be complimented and aligned with other health agendas such as the Global Health Security Agenda, Immunization Agenda 2030 and End TB Strategies. African economies are projected to lose between $90 – $200 billion just this year6. COVID-19 could be a catalyst that we can use as a region and global community to strengthen our resolve in addressing AMR, but we need to act now and cannot wait for tomorrow. 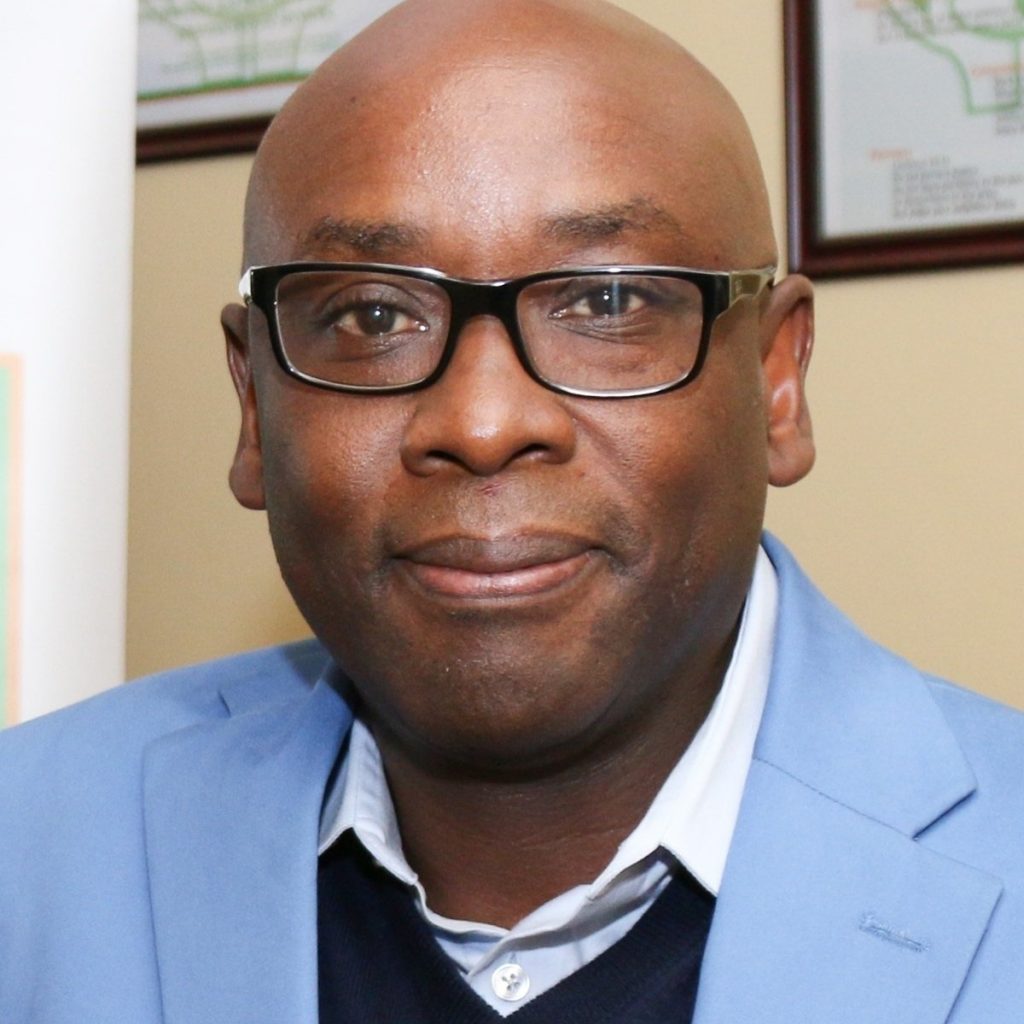 Mirfin Mpundu is the Head of ReAct (Action on Antibiotic Resistance) Africa where he is responsible for strategic leadership in implementing ReAct’s strategic plan and activities in Africa, building partnerships with other stakeholders including governments, supporting the translation of evidence into policies, contributing to regional and global governance and catalysing action to address AMR. He is also the Partnerships & Stakeholder Engagement Lead for the International Centre for Antimicrobial Resistance Solutions (ICARS) responsible for Africa.

He is a public health specialist with over 20 years of extensive experience in global health policy, health systems strengthening, global health security as well as health policy and diplomacy and network development. He has successfully supported several countries with development and implementation of AMR National Action Plans and provided technical support to organisations such as the World Health Organization (WHO), Food and Agriculture Organization of the United Nations (FAO), the World Organisation for Animal Health (OIE), Africa CDC and Southern Africa Development Community (SADC) on AMR strategies and policies.

Mirfin sits on several boards and technical working groups including the Surveillance and Epidemiology of Drug-Resistant Infections Consortium (SEDRIC), WHO’s Strategic and Technical Advisory Group (STAG) on AMR and the International Society to Improve the Use of Medicines (ISIUM).