There is a growing awareness that companies with newly approved antibiotics face substantial economic challenges. Yet we remain concerned that there is a general lack of understanding of the mechanics driving the collapse of the industry. Understanding the root causes and identifying which are addressable through alternate strategies or changes in behaviors vs. those that are a fundamental feature of the antibacterial marketplace is critical to finding lasting solutions.

We highlight two lines of thinking that have been discussed extensively. The first is a focus on further streamlining of the research & development (R&D) process to reduce the capital required to reach market. New statistical methods, clinical trial networks, and other shared resources, including the idea of a public entity to perform all of the R&D have been discussed as ways to reduce pre-approval expenses.

The second is the thesis that the US market failures have been driven by multiple small companies with single assets attempting to bring a product to market in isolation. In response, the concept of ‘rolling up’ those assets, either through product or company acquisition, into a larger entity to gain synergies by carrying multiple products has been raised as a strategic solution.

In a bootcamp organized by GARDP, CARB-X, REPAIR Impact Fund, JPIAMR and Wellcome Trust held at the ASM/ESCMID Conference on Drug Development to Meet the Challenge of Antimicrobial Resistance in September 2019, we provided an evidence base that neither of these solutions are sufficient to reverse the market collapse. Further streamlining of the R&D process, while helpful, is insufficient. To highlight this, we presented a test case where a novel antibiotic reaches the US market with ZERO invested capital.

In the US, assuming passage of DISARM allows viable use for products with approximately $1000/day pricing, a population size of 150,000-200,000 patients/year should support a modest market for up to three products.

Even in this extreme scenario, the product is worth substantially less than zero dollars at approval because the expenditures required to meet on-market obligations far exceed revenue from sales. We discussed three blinded, recent, real-world examples of expenditures in the US to support post-marketing regulatory requirements, field support, supply chain/inventory build, quality and pharmacovigilance for a new antibacterial product. The net result is a loss, on average, of $420M over a five- to seven-year period before drug revenues exceed operating expenses. Importantly, these costs only represent those tied directly to the drug and do not include operational expenses associated with running a company such as finance, accounting, building leases/facilities, maintenance, human resources, etc.

The vast majority of expenditures we presented are incurred on a per product basis, therefore a roll-up strategy will amplify the majority of the costs in the early years and only provide meaningful synergies with respect to employee costs and company, rather than product, operational expenses.

If a company does not have positive cash-flow from other products that it can leverage to ‘drag’ a new antibiotic through this period to profitability, it must rely on investor financing to raise the capital. With the recent collapse of US market capitalizations of publicly traded antibiotics companies (the mean market cap of 14 publicly traded antibiotic companies stood ~$60M when we presented our case in September – at this time, several companies have lost substantially all market value or de-listed due to announced or increased risk of bankruptcy/liquidation sales), there is an inability to raise the funds to navigate the post-approval period.

Examining both sides of the equation (cost vs. revenue), the cost component of what we present is on par with other novel pharmaceuticals. Therefore we purport the sector is collapsing due to insufficient revenues rather than outsized expenditures.

Many attribute the poor revenues to under-utilization of newer products due to the higher cost relative to generic drugs and the challenging US reimbursement environment in hospitals. These challenges are driven by the fact that acquisition of a nosocomial infection does not increase the per patient spend limits beyond what is allowed for the diagnosis that led to hospitalization. This naturally leads to the use of the lowest cost antibiotic, which is almost never a branded agent. Based on others’ publications on the continued use of products such as the polymyxins, which have shown to have inferior efficacy to newer treatment options1, we agree this appears to be a concern.

There is a growing awareness that companies with newly approved antibiotics face substantial economic challenges. Yet we remain concerned that there is a general lack of understanding of the mechanics driving the collapse of the industry.

Beyond this issue, we are concerned about the lack of appreciation regarding total market size for novel antibiotics for resistant pathogens. For example, based on the recent report by the US Centers for Disease Control and Prevention (CDC) there are approximately 13,500 cases of confirmed, inpatient carbapenem-resistant Enterobacteriaceae (CRE) infections in the US. Assuming a mean duration of therapy of eight days at $1000/day results in a total market size of $108M. As physicians typically want multiple options, and considering that CRE is comprised of at least three distinct mechanistic buckets (1: serine carbapenemase production, 2: class B beta-lactamase production and 3: porin loss/AmpC hyperproduction) not all of which are addressable by all “CRE drugs”, the market size for CRE would have to increase at least ten-fold to support up to three products on the market. Similarly, the US market for carbapenem-resistant Acinetobacter baumannii (CRAB) infections, at 8,500 confirmed cases, sits at <$100M if one new agent were to capture 100% of the market. These numbers simply do not support maintaining a pipeline of new and innovative antibiotics.

We see only three mathematical solutions to address insufficient revenues, each of which already requires passage of US legislation such as DISARM which alleviates pressure to use inferior, less expensive generics:

In the US, assuming passage of DISARM allows viable use for products with approximately $1000/day pricing, a population size of 150,000-200,000 patients/year should support a modest market for up to three products. Interestingly, this number matches closely to the number of patients per year that defines the cutoff between orphan and non-orphan drugs in the US that makes products eligible for orphan drug designation. Prior to the 1983 passage of legislation to address rare populations, drugs for these populations were not invested in heavily due to a lack of financial returns. Apparently we already faced this math problem 37 years ago and made a market correction. Whether we do the same for antibiotics for drug-resistant pathogens that are rare in the US remains to be seen… 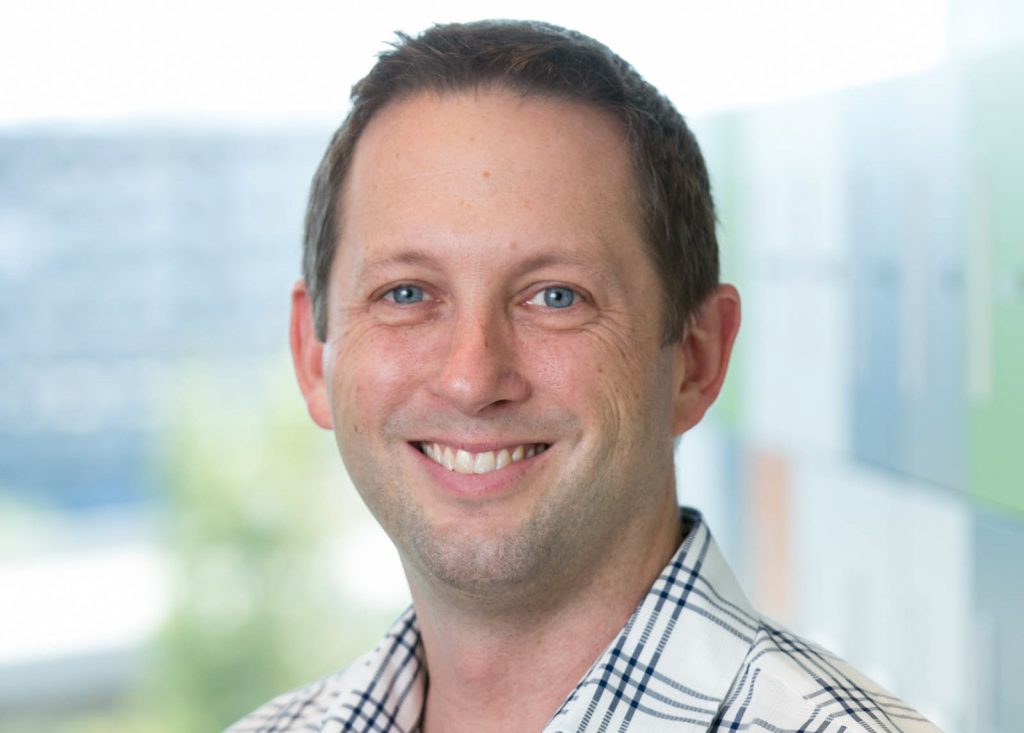 Ryan Cirz is currently an independent consultant. He was formerly a founder and Vice President of Research at Achaogen, which focused on discovering, developing and commercializing innovative antibacterials to treat infections caused by multi-drug resistant (MDR) Gram-negative bacteria. While at Achaogen he participated in or led the advancement of four antibacterial assets through investigational new drug applications. Three of those programs advanced into the clinic with two advancing past phase 1 studies and one through US approval in 2018.

Ryan has a background in molecular biology and bacterial genetics, is passionate about medicinal chemistry and thoughtful scaffold design, lead optimization and selection, and is well-versed in the broad scientific, policy and commercial challenges of the antibacterial field. In addition to overseeing the antibacterial research portfolio at Achaogen, he was the technical lead for government affairs and alliance management and spent several months in the field with sales and medical affairs following the launch of Achaogen’s first commercial product, ZEMDRI™ (plazomicin). 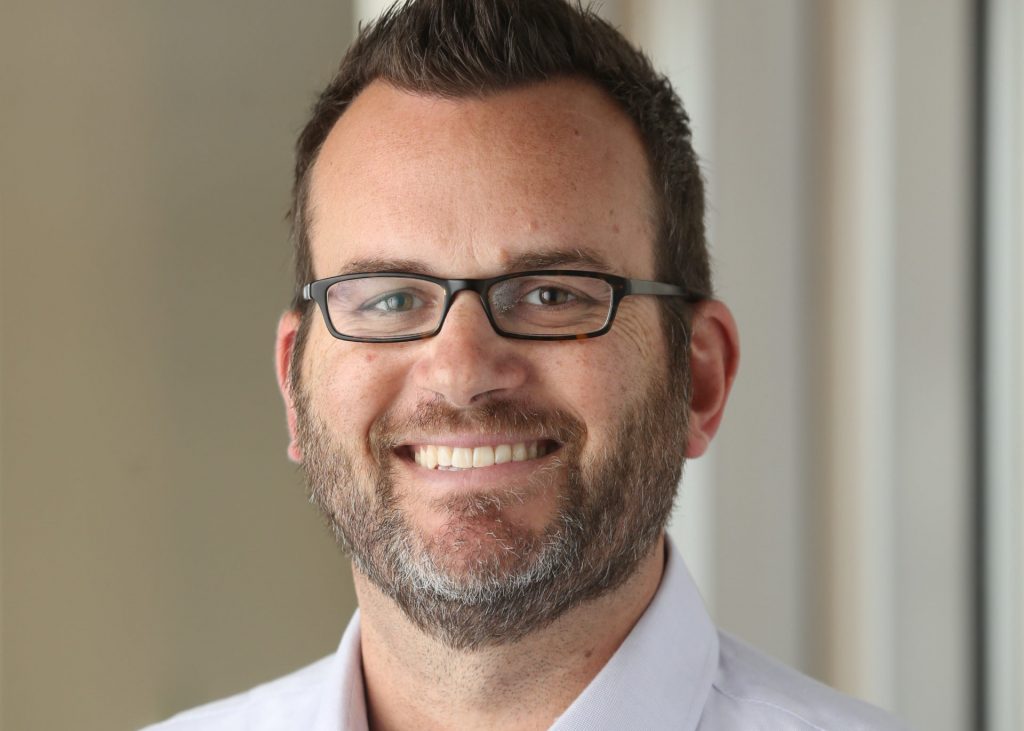 Kevin Krause has more than 21 years’ experience in the biotech/pharma industry spanning R&D, Corporate Development, Competitive Intelligence, Commercial Strategy and Operations within the antibacterial space. He has been a key contributor/leader for three US investigational new drugs, five New Drug Applications and Marketing Authorization Applications, five US FDA Anti-infective Drug Advisory Committee meetings and numerous product launches in both the US and Europe.

Kevin joined AN2 Therapeutics in November 2019 where he continues to focus on the development of treatments for infectious diseases with a high unmet need. Prior to AN2, Kevin was part of the senior leadership team at Achaogen. During his time at Achaogen, Kevin led plazomicin out-licensing efforts for key regions, played an instrumental role in the phase 3 development program, regulatory defense and launch of plazomicin and was a co-inventor of the C-scape program.

From 2010-14, Kevin was a member of the Clinical Microbiology team at Cerexa, Inc. (a subsidiary of Actavis now Allergan) where, amongst other activities, he oversaw all microbiology activities related to clinical development for ceftazidime-avibactam (approved as AVYCAZ®).