The O’Neill report1 suggested that up to 10 million people will die from antibiotic resistant infections by 2050. This figure has been adopted by health authorities, researchers and the general public to suggest the potential of a gloomy outcome if we do not discover new antibiotics; unfortunately, however, we have been dismally ineffective at discovering ‘game-changers’, antibiotics with the potential to make major differences in treating persistent bacterial infections. A new article has served to emphasize that the future envisaged in the O’Neill report is already here and it depends to some extent on how we define resistance2,3. This major paper, published in the Lancet by Rudd et al.4, in January 2020, indicated that 19.7% of all global deaths in 2017 (i.e. ~11 million deaths) were caused by sepsis, a syndrome most commonly linked to bacterial infection, and for which antibiotics are the front-line treatment.

Antibiotic failure and its relationship to resistance

The fundamental issue lies in how we define resistance and whether this should encompass treatment failure, since the net effect is similar. If resistance is defined as a genetic mechanism (intrinsic or acquired) that causes bacteria to survive antibiotic treatment, then the current concept of antibiotic resistance is adequate. However, the issue becomes more complex when considering that resistance leads to bacteria surviving antibiotic treatment, which equates to antibiotic failure2,3. The reasons for therapeutic failure are manifold but include, for example, other resistance mechanisms such as adaptive resistance (see below), which are not genetic but just as meaningful. For example, many of the 22% of sepsis cases that are fatal4 reflect antibiotic failure.

“We need to rethink the antibiotic discovery paradigm. Killing bacteria directly is one strategy with which we are very familiar, but it is not the only way forward.”

Sepsis can be broadly defined as a dysregulated host response to infection causing life-threatening organ dysfunction5. Opinions as to the origins and nature of this dysregulated host response vary, but sepsis includes such aspects as an initial cytokine storm (hyperinflammatory response) followed by immunosuppression (hypoinflammatory), for which the root cause has been suggested to include endotoxin tolerance (macrophage reprogramming), immune cellular exhaustion and/or apoptosis, and T-cell anergy6-8. Sepsis can be triggered by microbial infections and/or major trauma; however, current evidence suggests that at least 65-80% of cases are associated with (and likely caused by) bacterial infections9. Thus the major initial treatment for sepsis is the use of potent antibiotics, and usually combinations thereof. For this reason I conclude that the high death rate from sepsis (e.g. 250,000 deaths annually in the USA where sepsis is present in 30% to 50% of hospitalizations that culminate in death10) is most likely substantially due to antibiotic failure. The basis for antibiotic failure is not well understood but could involve the immune dysfunction in sepsis, which might prevent the body’s natural defences from supporting antibiotic effectiveness11.

Antibiotic failure is common and underestimated

This is not the only situation in which we have vastly underestimated the importance of antibiotic failure. Bacterial biofilms cause 65-80% of all infections, according to the US Centers for Disease Control and Prevention (CDC), being associated with most chronic and device-associated infections12. Such biofilms are difficult or impossible to treat since organisms growing in the biofilm state are 10- to 1000- fold more resistant to almost all conventional antibiotics. Multidrug resistance in a biofilm is adaptive and multigenic in nature, rather than mutational, since it depends on the growth state and environmental conditions of the biofilm which leads to altered gene expression of multiple resistance genes, and reverts when bacteria are isolated and grown planktonically (e.g. in the broth dilution conditions of a conventional MIC assay). Biofilm infections are a circumstance where antibiotics often fail and include chronic infections such as device-related infections and chronic wound infections, which in the United States alone annually affect 1 and 6.5 million patients, respectively13,14. Furthermore it is rather staggering to realize that despite the commonness of such infections, not a single therapy has been introduced into the clinic that was specifically designed for treating biofilm infections. For example rhinosinusitis/sinusitis, is one of the most common medical complaints in North America, affecting 12.5-16% of the population and costing $8 billion in the USA annually15,16. However, antibiotic therapy does not appear to be effective for chronic rhinosinusitis, which is particularly concerning since 10-20% of all antibiotics are applied to this condition15. Bacterial abscesses are another area in which antibiotics rarely work, despite the 3.2 million emergency ward visits for abscesses in USA every year, and in organs, such as the brain, they can be deadly17. For abscesses and chronic rhinosinusitis, treatment usually involves surgical debridement. In addition to adaptive resistance12,20 mentioned above, the well described phenomena of tolerance18,19 and persistence19, are associated with such chronic infections and frequent antibiotic failure.

“The high death rate from sepsis (…..) is most likely substantially due to antibiotic failure.”

Rethinking the treatment of bacterial infections

So the issue is not when we will reach the antibiotic apocalypse, it is really a question of just how much worse things can get, when we are already in a situation where antibiotics are failing frequently. From my personal perspective, current drives to develop new antibiotics are using old-world thinking, where in this case the old world represents the glory years of antibiotic development, namely the 1950s give or take a decade. We need to rethink the antibiotic discovery paradigm2. Killing bacteria directly is one strategy with which we are very familiar, but it is not the only way forward. For example, when the underlying patient condition is important, perhaps we should start to think about combining antibiotics with host-directed therapeutic strategies to address the factors in patients that are causing antibiotics to fail. Thus reversing the basic immune dysregulation in sepsis might provide a strategy that will enable antibiotic success in this deadly syndrome. In this regard, we recently published a screening strategy using a CRISPR mutagenesis approach for identifying host directed therapeutic targets for Chlamydia21 and Salmonella22.

Other approaches with promise are alternatives to antibiotics23 and novel combination therapies24. While these strategies are just starting to be tested clinically, it is worth mentioning that probiotics are having an enormous impact on infant sepsis25. I believe in human ingenuity and only by thinking out of the box can we solve our current and future problems. 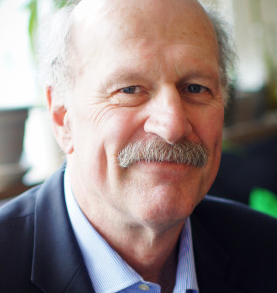 R.E.W. (Bob) Hancock is a Killam Professor of Microbiology & Immunology and a Canada Research Chair in Health and Genomics at the University of British Columbia. He is a co-founder of the Canadian Anti-Infective Innovation Network.

His research interests include small cationic peptides as novel antimicrobials and modulators of innate immunity, the development of novel treatments for antibiotic resistant infections, the systems biology of innate immunity, inflammatory diseases and Pseudomonas aeruginosa, and antibiotic uptake and resistance. He has published more than 740 papers and reviews, has 65 patents awarded, and is a Clarivate highly cited author in Microbiology with more than 97,000 citations and an h-index of 158.

He has won several awards including the ICAAC Aventis Antimicrobial Research Award, the leading award for research on antimicrobials, and Canada’s three top prizes for Health Research, and is an Officer of the Order of Canada. He was a co-founder of 4 biotech companies developing new therapies for AMR infections and inflammation and sepsis diagnistics, namely Migenix, Inimex Pharmaceuticals, ABT Innovations, and Sepset Biotherapeutics, and has consulted widely throughout the antimicrobials development industry.