Antifungal resistance monitoring, be aware and be prepared! – by Stephen Hawser and Ian Morrissey

The first commercially-available antibiotics, the sulphonamides, were discovered through a trial-and-error approach screening various coal-tar dyes and serendipity played a major role in the discovery of penicillin in the late 1920s. Since then, strategies to discover new antimicrobials have significantly diversified, although there have been few truly novel breakthroughs in recent decades. Research has also led to the development of new anti-viral drugs for the treatment of previously impossible to treat or undiscovered viruses and rapidly emerging diseases such as AIDS and COVID-19, amongst others. Similarly, antifungal agents (also known as antimycotics) have emerged as important tools to combat infection, especially for immunocompromised patients.

Antifungal resistance is a cause for high morbidity and mortality

Human diseases caused by different types of microbes are often perceived and conveyed in quite different ways. The recent and still ongoing COVID-19 pandemic has led to dire health and economic consequences. Everyone is now talking about viruses and yet while mortality from COVID-19 remains high, total numbers (~6 million deaths to date world-wide)1 are likely far inferior to those observed due to life-threatening bacterial or fungal infections. Resistance to antifungals leads to high morbidity and moderate to severely high mortality2,3. Yet, we don’t hear much about this in the news or on social media – an exception is the incidence of ‘black fungus’ in the lungs of hospitalised COVID-19 patients (more about this later).

There have also been numerous reports of opportunistic fungal infections, many highlighted in national and international news. A concerning example of this are COVID-19 patients in India who succumbed to a secondary infection by the fungus Mucor – duly named the “black fungus.”

There are many species of fungi that cause infections. These range from yeasts which include different Candida species, such as the drug-resistant C. auris, to filamentous fungi such as Aspergillus spp. and Mucor spp.. Many of these species can be “carried” by their human host in their microbiome without causing disease. However, given the opportunity fungi can cause diseases ranging from common and mild to moderate dermatophyte infections to severe and, in many cases, fatal diseases such as invasive Aspergillosis.

The need for antifungal resistance monitoring

Considering that there are hundreds of such fungal species, understanding the characteristics of such organisms is paramount. An appreciation of any changes in clonal dominance and spreading, dissemination within and between human populations as well as antifungal susceptibility are all incredibly important. In a nutshell, there is a need for “antifungal surveillance monitoring” and sharing such surveillance data is essential in educating scientific, medical and laypeople. It is fundamental that these studies have a global reach, especially to avoid yet another public health crisis lurking around the corner. Notably, such monitoring is encouraged by the United States Centers for Disease Control (CDC)4 and the World Health Organisation5.

Antifungal resistance monitoring is conducted by various groups working nationally, regionally or even globally. Most studies are sponsored by governments or research institutions and although they are not standardised (because they may just collect local data or generate centralised data for example), they all tend to share one aspect: the monitoring of antifungal activity (or lack thereof) of antifungal agents against key target pathogens isolated from various infections, geographies and other patient demographics. The monitoring of antifungal resistance is best done using longitudinal studies over many years to be able to discover trends rather than one-off snap-shot studies. For example, the Funginos study group recently published clinical and antifungal susceptibility data from a 15-year analysis of candidaemia in Switzerland.5 Other centralised laboratory studies include China Hospital Invasive Fungal Surveillance Net (CHIF-NET), which has been running since 2009. Alternative approaches are based on the collation of clinical data rather than centralised testing, such as Fungiscope6. Although these studies are very well run and important, they do not readily lend themselves to the assessment of new antifungals because these agents are generally not available for testing in clinical laboratories until after market approval. These activities are supported by commercially-run global antifungal surveillance studies such as SENTRY Antimicrobial Surveillance Program (JMI labs in the USA) and the Antimicrobial Resistance in Antifungals (ARIA) program (IHMA Europe, Switzerland).

Everyone is now talking about viruses and yet while mortality from COVID-19 remains high, total numbers (~6 million deaths to date world-wide) are likely far inferior to those observed due to life-threatening bacterial or fungal infections.

As mentioned earlier, COVID-19 has had and continues to have a highly negative impact worldwide. It is important to note that the cause of mortality in many patients is not COVID-19 itself but sepsis and multi-organ failure7. There have also been numerous reports of opportunistic fungal infections, many highlighted in national and international news. A concerning example of this is COVID-19 patients in India who succumbed to a secondary infection by the fungus Mucor – duly named the “black fungus8.” This is still is a highly relevant public health issue, especially considering that this pathogen can be difficult to diagnose and treat and that mortality can be very high9,10.

Current antifungal resistance monitoring needs to cover a multitude of fungal pathogens with the testing of as many antifungal classes to be performed in longitudinal studies. The more monitoring is performed, the better, and the sooner we grasp such resistance trends, our awareness will be enriched, and action can be taken. In this rapidly evolving world of antimicrobial resistance, often a direct or indirect consequence of other human diseases, being aware and prepared to combat antifungal resistance is crucial. 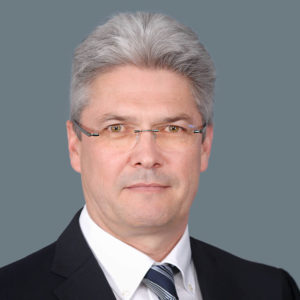 Since 2009, Stephen Hawser has been Chief Executive Officer of IHMA Europe Sàrl. A wholly owned International Health Management Associates affiliate based in Switzerland. Under Stephen’s leadership, IHMA has focused on providing a full suite of technical capabilities and domain expertise in all phases of antimicrobial drug development: drug discovery, clinical development, regulatory approval and commercialization.

Before joining IHMA, Stephen held several key positions in the pharmaceutical industry spanning 15 years, focused on antibacterial and antifungal research and development. Stephen has worked at Arpida, GlaxoWellcome, Hoechst Marion Roussel and Marion Merrell Dow. Stephen has either written or co-written over 90 internationally peer-reviewed publications, has had about 700 posters published at scientific conferences and regularly reviews manuscripts for multiple journals. He is also co-inventor of a number of patents. He has actively participated in Clinical & Laboratory Standards Institute meetings for more than 15 years.

Ian is a voting member of the Clinical Laboratory Standards Institute (CLSI) veterinary antimicrobial susceptibility standards subcommittee. He is a member of the British Society for Antimicrobial Chemotherapy (BSAC) and previously served as General Secretary and Chairman of the Grants Committee of this association. Ian is a Fellow of the Royal Society of Medicine and has authored more than 100 peer-reviewed manuscripts and ten books or book chapters. Ian was awarded his doctorate from the University of London, UK in 1990 and In 2001, he received an Executive MBA from Imperial College London, UK.