The non-profit future of antibacterial R&D – by Brad Spellberg

Antibiotic resistance is inevitable1,2. No ‘gorillacillin’ or ‘tyrannosauromycin’ will ever come along and end the problem of resistance. This is not a sprint, and injudiciously throwing short-term money at the problem is not the solution3. This is a marathon. And indeed, in the short term, the pipeline has 700% more antibiotics in it in 2021 than it did in 2004 (43 vs. 6)4,5. New antibiotic approvals have tripled in the last decade, and resistance rates are finally falling in high-income countries for most priority pathogens4,6,7. Now is the time to collect our breaths and rethink how to develop antibiotics sustainably. If we do not, 10-20 years from now, we will be back in crisis, as we were in the early 2000s.

The economics of antibiotics

The economics of antibiotics have irrevocably changed. A new antibiotic used to be able to generate a billion dollars per year in revenue. That era has passed. Why? There are over 90 antibiotics on the market. Each new one that comes along adds to that competition for all future ones. In short, new, branded antibiotics enter a commodities market. Why should insurance (whether public or private), healthcare providers, and taxpayers cover the cost of a $5,000 new antibiotic when a $5 old antibiotic can be used to achieve similar outcomes?

The ‘song of the sirens’ is that as new antibiotic resistance emerges, new markets create profit opportunities. There is truth to this. But the profit opportunity is small. Each resistant pathogen is responsible for only a small number of infections, perhaps tens of thousands annually, in countries where pharmaceuticals are sold at profitable prices. One drug industry solution is to charge $5,000 per course, and make $250 million by treating 50,000 cases per year. But such prices are not competitive, given the ability to use less expensive options. Even if there is a decline in efficacy, it’s a judgment of how much increased efficacy is required to justify a 100-fold price premium over generic competition. Such prices worsen the already low sales of new antibiotics, and even a $250 million sales target is no longer attractive to an industry that needs billion-dollar sellers to cover development costs.

The bottom line is that market sizes for antibiotics are too small to make them attractive to industry.

In recent years, the analogy of antibiotics as fire extinguishers has been used to justify the concept of pull incentive profit subsidies (a pull incentive is one where the financial reward to a company is not based solely on volume of drug sales). And, indeed, there is considerable merit to the analogy. You need antibiotics urgently when you need them but may not need new ones for long periods in between. Nevertheless, the analogy faces three significant reality checks.

Non-profit organizations as the future of anti-bacterial R&D

A more reasonable $500 per course, for 50,000 courses, would generate $25 million in sales for a new antibiotic. Unfortunately, that number is laughably low in the drug industry. But you know who would not be dismayed by selling $25 million per year of drug? Non-profit organizations3,6,8. They would love to earn revenues of $25 million per year, a substantial portion of which would be plowed back into their R&D budget.

The bottom line is that market sizes for antibiotics are too small to make them attractive to industry. The solutions of astronomical pricing for fire extinguishers (antibiotics), or taxpayers handing their hard-earned money over to companies to subsidize their profits, particularly after already subsiding upfront R&D costs, are not sustainable. This is simple math. Non-profit organizations could make the revenue math work, and industry cannot, at least not in a sustainable way.

First, non-profit organizations have been successful in bringing anti-TB and anti-malarial solutions to market6,8. Antibiotics are now in the same market category as TB and malarial solutions. It can be done.

Now is the time to collect our breaths and rethink how to develop antibiotics sustainably. If we do not, 10-20 years from now, we will be back in crisis, as we were in the early 2000s.

Third, the persistent crisis of antibiotic resistance in lower- and middle-income countries (LMIC) is not evidence that we need a lot of money poured into the pipeline. Instead, the solution is to make available in those countries drugs that are already available in high-income countries but are far too expensive to be purchased for local use and to reduce human and agricultural use of antibiotics, thereby lowering the selective pressure driving resistance. Non-profits are in a position to charge lower prices for drugs, thereby increasing access to critically needed new antibiotics to LMIC countries.

Fourth, non-profit organizations will not completely replace for-profits. Instead, they will take over a share of the R&D work, funded by external sources, philanthropy, etc. When strategically sensible, those organizations can out-license or sell de-risked antibiotics that have been developed through advanced clinical trials to industry for manufacturing and sales. This de-risking and shortening of lead time to sales markedly improves the net present value calculation that makes antibiotics non-lucrative investments in industry10. Thus, non-profits can help revitalize a more limited, focused capital market in the long run3,6. 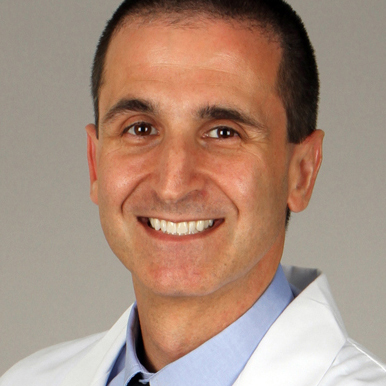 Brad Spellberg is Chief Medical Officer at the Los Angeles County-University of Southern California (LAC+USC) Medical Center, USA, one of the largest public hospitals in the US. His research interests are diverse, ranging from basic immunology and vaccinology to pure clinical and outcomes research as well as process improvement work. Brad has also co-founded three biotechnology start-up companies.

Brad has worked extensively to attempt to bring attention to the problems of increasing drug resistance and a lack of new antibiotics. He is now working to raise attention to the need for national healthcare reform and has testified before Congress and participated in numerous national meetings on antibiotic-resistant superbugs. In 2009, he published the book ‘Rising Plague’ to inform and educate the public about the crisis of antibiotic-resistant infections and the lack of antibiotic development. His latest book ‘Broken, Bankrupt, and Dying: How to Solve the Great American Healthcare Rip-Off’, was published in June 2020. He received his medical degree from the University of Calfornia, Los Angeles (UCLA) and completed his residency in internal medicine and a subspecialty fellowship in infectious diseases