How to steward new antibiotics into low- and middle-income countries (LMICs)? – by Marc Mendelson & Adrian Brink

Despite the many health system challenges faced by resource-poor LMICs, access to new antibiotics used in the treatment of multi-drug resistant (MDR) and extensively-drug resistant (XDR) bacterial infections should be a fundamental right, which must be achieved in order to ensure equity in clinical management of bacterial infection for a global community. Historically this has not been achieved, but rather populations in high income countries have benefitted, first and foremost. This basic right will need to be enabled by novel financing mechanisms, which have already been largely debated, but have been slow to pilot and implement. Over and above this, LMICs will have to implement stewardship programs for new antibiotics in order to limit their use to only those patients for whom that antibiotic is absolutely necessary. This is the only way to limit the selection pressure on bacteria that has driven the emergence of increasing antibiotic resistance in common community- and healthcare associated-infections.

Such stewardship programs will vary depending on the antibiotic’s indication and setting for use. For example, a stewardship program designed for a new antibiotic for a common community-acquired MDR/XDR bacterial infection is very different to one that would cater for a last resort antibiotic for a hospital acquired infection in intensive care units. The former is likely to require integration into a large-scale national program, whereas the targeting of a very small number of patients in a defined clinical setting will itself limit its use and increase the potential lifespan of the antibiotic. Each requires a degree of ‘control’, but the degree, enablers, and mechanisms will differ.

Bedaquiline – an example for successful stewardship

In our country, South Africa, an example of successful rollout of a new antibiotic in the community was bedaquiline, used for the treatment of drug resistant-tuberculosis. Bedaquiline was stewarded through an early access program (EAP), a partnership between the National Department of Health, Right to Care, and Médecins Sans Frontières. Patients with limited treatment options with XDR- or pre-XDR-tuberculosis were eligible. Equity of access was achieved by upskilling regions of the country that were not equipped to steward the antibiotic by providing good clinical practice training and rigorous adherence to a clinical management guideline. In addition, a South African clinical advisory committee was established which operated virtually, discussing all new cases. Once approved, a defined regulatory process ensued, to ensure access to the antibiotic on a named-patient basis. This EAP built a strong foundation for optimal prescribing of bedaquiline, that is now used as 1st line treatment in drug-resistant tuberculosis. The EAP model could be employed to steward other new antibiotics into the country.

Bedaquiline stewardship was enabled by widespread access to near point-of-care (POC) resistance testing, therefore avoiding empirical decisions on who to treat for drug-resistant or drug-sensitive tuberculosis, which would have led to many patients receiving the antibiotic unnecessarily.

However, many clinicians have no choice but to take empirical decisions for prescribing treatments for common community infections as they don’t have access to a reliable POC or near-POC aetiological test, let alone one for drug resistance. This is particularly true for syndromic treatment in the community. For example, stewarding a new antibiotic for any one of the main infectious aetiologies of Urethral Discharge Syndrome (UDS) is a particular challenge. Short of a major development in the complex realm of POC diagnostics for the microbial causes of UDS, a unimodal or multi-modal strategy would be required. This could include use of an imperfect laboratory surveillance system to agree a threshold percentage resistance within a community/country that triggers the antibiotic’s addition to syndromic management, or say, one that allows use of the antibiotic only in documented cases of treatment failure.

Until we have far better aetiological and drug resistance profile POC tests that are used appropriately and are introduced carefully with training and behaviour change modification programs, empirical prescribing for syndromic community acquired infections will continue to drive unwanted selection pressure from any new antibiotic, increasing the chance of limiting it’s lifespan of efficacy.

South Africa’s laboratory system affords us (and other LMICs with similar systems in place) with an opportunity to steward new intravenous antibiotics for MDR-bacterial infection in hospitalized patients based on their specific drug resistance mechanism. Two new 2nd generation beta-lactam/beta-lactamase inhibitor (BL/BLI) combinations are yet to be registered in South Africa. One is ceftazidime-avibactam, which has activity against the OXA-48-carbapenemase, one of the most prevalent carbapenem resistance mechanisms in South Africa, and the rarer, KPC. The other one, ceftolozane-tazobactam has its main activity against MDR Pseudomonas aeruginosa with de-repressed AmpC ß-lactamase and up-regulated efflux. Neither has significant utility for NDM-carbapenemase-producing bacteria.

If stewardship ‘enablers’ do not accompany registration, the lack of required expertise of clinicians, pharmacists and managed care leads to redundancy and inappropriate use, and therefore threatens longevity of use of these new antibiotics and those that follow.

Instead of a ‘one-size fits all’ approach, registration and utilization of these BL/BLIs could be strategically based on categorization of mechanism-based inhibition of ß-lactamases, directing use for infections caused by Gram-negative bacteria (GNB) producing these enzymes. Although both new BL/BLI combinations are active in the presence of extended spectrum beta-lactamases (ESBLs), the currently used ertapenem and piperacillin-tazobactam retain good activity against GNB in South Africa, and would therefore be used preferentially, thereby limiting selection pressure on the newly introduced BL/BLIs.

Successful introduction will also rely on a pilot pharmacist- and intensive care nurse-driven prospective audit and feedback programme that will accompany introduction of new antibiotics. Concurrently, new validated models for risk stratification of MDR-GNB infections will be incorporated in this national intervention, attempting to limit drug resistance selection. In our experience, if stewardship ‘enablers’ do not accompany registration, the lack of required expertise of clinicians, pharmacists and managed care leads to redundancy and inappropriate use, and therefore threatens longevity of use of these new antibiotics and those that follow.

As with the bedaquiline EAP, such a programme would require a partnership between the National Department of Health, the pharmaceutical companies, the national regulatory body, and prescribers. This will be critical to allow the financing and regulatory conditions to be put in place to limit use and improve longevity of what are already becoming last-resort antibiotics. 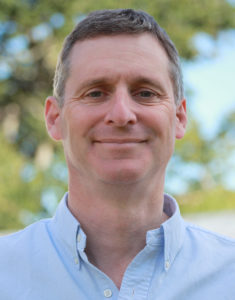 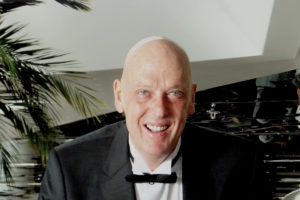 Professor Adrian Brink is Head of the Division Medical Microbiology, Faculty of Health Sciences, University of Cape Town and the National Health Laboratory Services, Cape Town, South Africa. Adrian was founding President of the Federation of Infectious Diseases Societies of Southern Africa and is an Executive Member of the FIDSSA council. He is the co-founder and currently co-chair of the South African Antibiotic Stewardship Program (SAASP). He is senior author of the Massive Open Online Course on Antimicrobial Stewardship and interactive e-Book of Antimicrobial Stewardship (British Society of Antimicrobial Chemotherapy and University of Dundee, Scotland). Adrian currently serves on the South African Minister of Health’s Ministerial Advisory Committee (MAC) on antimicrobial resistance. Currently, his main research interests are the mechanism of resistance as a confounder in antibiotic stewardship, design and implementation of large-scale antibiotic stewardship and infection prevention and control strategies in middle-income countries and the epidemiology of antibiotic-resistant nosocomial infections.