Monitoring antimicrobial resistance in Ghana: a focus on the hospital environment – by Abiola Isawumi and Lydia Mosi

Ghana falls within the WHO hotspot for antimicrobial resistance (AMR) emergence in Sub-Saharan Africa1. Concerted efforts are therefore being made to contain the public health challenges posed by drug-resistant bacteria in Ghana. Leveraging on the concept of the ‘One Health’ approach and strategies2, the Ghanaian government has introduced a National AMR Action Plan3 in alignment with the Sustainable Development Goal Agenda 3 (well-being and upgraded standard of health) to fight AMR and reduce its burden. It is important that these antibiotic salvaging initiatives and approaches are consistently efficient and progressively effective. Initiatives, such as those led by the Fleming Fund Country Grant, reveal the urgent need to introduce the right practices into national AMR surveillance4.

The hospital as a high-risk environment

Ghanaian researchers and experts have raised alarms via various studies into prevalence, epidemiology and characterization of drug-resistant bacteria, especially those in relation to hospital facilities and environments. While these studies are helpful and are being improved, there are some obvious emerging gaps. One important gap is the emphasis on drug-resistant bacteria in hospitalized patients with little or none on environmental bacteria in hospitals. The majority of AMR studies conducted in Ghana have focused solely on clinical isolates from human blood, urine, cerebrospinal fluids, and sputum. However, hospitals are high-risk environments and harbor diverse bacteria; this is why the US Centers for Disease Control and Prevention (CDC) launched the Antimicrobial Resistance Lab Network (ARLN) to monitor emergence of drug-resistant bacteria in such environments5.

Overall, worthwhile progress has been made in monitoring antimicrobial resistance (AMR) in Ghana, however, there is a need for coordinated efforts to tackle this menace.

In Ghana, data on the diversity of bacteria from hospital environments and their AMR profiles are limited or unavailable. This is obviously crucial as caregivers and patients are exposed to high-risk opportunistic bacteria in the environment as they engage in daily activities in hospital facilities. Since 2016, our research has sought to bridge this gap (Ongoing study; unpublished data) with approval from the Ghana Health Service (GHS). We embarked on active AMR surveillance of the intensive care units (ICU) in selected regional Ghanaian hospitals, focusing on environmental bacteria circulating in the air and those resident on objects there. We found diverse common as well as rarely reported bacteria that are classified as Global Priority Pathogens (Gram-negative and -positive bacteria) by the World Health Organization (WHO)6. This demands urgent attention. Most isolated bacteria were resistant to all available antibiotics commonly used to treat bacterial and hospital-acquired infections in Ghana7. They were also highly resistant to the ‘last-hope’ antibiotics such as carbapenems and polymyxins. This study further highlights the need to diversify the approach to solving AMR in Ghana to include addressing the hospital environment.

Monitoring drug-resistant bacteria in Ghanaian hospital environments goes beyond just surveillance. Robust profiling protocols and characterization procedures are required early to track emerging and evolving resistant bacteria. Beyond the usual conventional experimental approaches, we use metagenomics studies such as whole-genome and targeted sequencing, diverse sensitive AMR flash challenge and spotting assays, Vitec algorithms as well as population analysis profiling and MALDI-TOF mass spectrometry. The need for sensitive methods in AMR profiling was illustrated in our study as it revealed potentially novel species of ESKAPE (Enterococcus, Staphylococcus, Klebsiella, Acinetobacter, Pseudomonas and Enterobacter) pathogens among others that can cause drug-resistant infections. To the best of our knowledge, this is the first Ghanaian study to use a Galleria mellonella infection model as an alternative to an animal model to investigate the virulence of hospital environmental isolates of drug-resistant bacteria.

In Ghana, data on the diversity of bacteria from hospital environments and their AMR profiles are limited or unavailable.

AMR research in Ghana is relatively new and the lack of knowledge of how resistance is mediated and developed makes mitigation of its spread a challenge. Tackling the menace of AMR in hospital environments involves understanding the tactics the bacteria deployed for resistance. Our study investigated AMR mechanisms and observed that multidrug-resistant bacteria from hospital environments expressed genes encoding resistance to β-lactams, carbapenems, macrolides, aminoglycosides, fluoroquinolones, trimethoprim, and sulphonamides among others. The majority of these genes were found on mobile genetic elements such as plasmids (that transfer genes from one bacterium to another) and can make the spread of AMR in hospital environments difficult to control. Another emerging phenomenon that has greatly contributed to the upsurge in the number of bacteria resistant to last-resort antibiotics in Ghanaian hospitals is ‘hetero-resistance’ (presence of bacterial distinct colonies within the zone of antibiotic inhibition); however, this mechanism and its clinical significance is still unclear.

Overall, worthwhile progress has been made in monitoring AMR in Ghana, however, there is a need for coordinated efforts to tackle this menace. The lack of national policy on the regulation of antibiotics has compounded the challenges of AMR in this country. Overuse of antibiotics in ICUs and unhygienic conditions of some hospitals are also significant drivers of AMR. Active, balanced and consistent surveillance systems with standardized AMR profiling protocols will help. Additionally, promoting action against AMR should not be restricted to governmental agencies. Everyone should take the initiative to lead a successful fight against AMR. While our work provided insights into the emergence of diverse drug-resistant bacteria from hospital environments, there is a need for continuous and further studies to keep such bacteria in check. 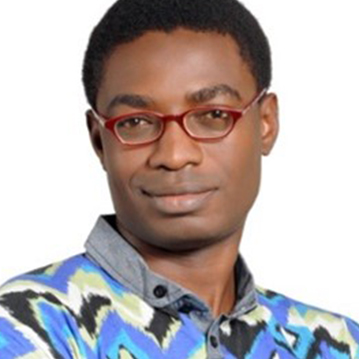 Abiola investigates the antimicrobial resistance (AMR) mechanisms of common and novel superbugs (ESKAPE pathogens) prevalent and diversely distributed in hospital environments. His research activities involve leveraging phenotypic algorithms and molecular tools for developing diverse assays to understand the pathways pathogens use to avoid antibiotics. Abiola also investigates the biofilm-motility interplay in bacterial pathogenesis and hospital-acquired infections. He has been an academic guest at Harvard and is a visiting research associate at Queen’s University, Belfast. 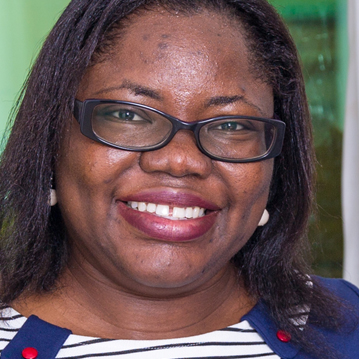 Lydia Mosi is a senior lecturer in cell and molecular biology at the University of Ghana as well as Logistics Coordinator of the West African Centre for Cell Biology of Infectious Pathogens (WACCBIP), also in Ghana.

Her main research interest is in Buruli ulcer, a necrotizing skin ulcerative disease caused by Mycobacterium ulcerans. With the use of multidisciplinary approaches, she investigates existing gaps in transmission. Her research also includes the development of rapid diagnostics and intervention strategies for the disease. Lydia also works in the determination of antimicrobial resistance in samples from patients and the environment. She has trained over 15 graduate students, published 25 articles in peer-reviewed journals and has contributed to two book chapters.

Lydia has a bachelor’s degree in biochemistry and zoology and received her PhD in microbiology from the University of Tennessee, USA in 2009.