Antifungal resistance is occurring increasingly often in the most important human pathogenic fungi, such as Candida spp and Aspergillus fumigatus. Usually, resistance development in the fungus takes place inside patients during long periods of treatment or prophylaxis with antifungal drugs. However, drug-resistant fungi can also be isolated from naïve patients who have no previous history of antifungal treatment1,2. This suggests that drug-resistant isolates can infect the patient before any treatment is applied. A possible explanation for this observation would be the transmission of a drug-resistant fungal isolate from one patient to another. However, it is very unlikely that fungi such as A. fumigatus, a filamentous fungus that causes a set of diseases called aspergillosis could be transmitted between patients. Instead, transmission occurs when the individual inhales asexual spores from the environment, and the fungus then grows inside the lungs. Thus, the question that remains is whether these fungi have become drug-resistant in the environment and what causes or selects for drug resistance?

Clearly, the use of fungicides and other pesticides is essential for the world’s food production. However, it is not plausible to justify maintaining food ‘quality’ and ‘productivity’ over human health.

Clinically relevant drug resistance in A. fumigatus to azoles, the first drug class of choice to treat aspergillosis, varies enormously when taking into consideration the location and type of patient from which the fungus was isolated3. However, as many as 30% of patients can have drug-resistant infections4. Of these drug-resistant isolates, it is estimated that only a third develop resistance within the host5, the others probably acquire it in the environment, before infection. A. fumigatus is easily found in decaying plant matter, and soils, where it grows saprophytically and plays an important global role in carbon and nitrogen recycling. It is also commonly isolated from agricultural environments and on plant-based agricultural products6. Therefore, it is possible that the fungus may come into contact with substances that are used to treat or prevent plant diseases, such as fungicides. This is particularly true for azoles, a group of fungicides that are vastly used in both agriculture and medical settings. Furthermore, some of the azole fungicides share chemical structural similarities to medical azoles7. Thus, when coming into contact with the fungicide, drug-resistant mutants can be selected, and the mechanisms can concomitantly confer drug resistance to antifungal azoles used to treat patients. Indeed, azole-resistant A. fumigatus from patients are also cross-resistant to environmental azoles (and vice versa)7, and exposure to environmental azoles may also select resistant variants with the same mutations as the drug-resistant isolates coming from patients8. Despite this, the literature has shown controversial results about the predominance of resistant A. fumigatus strains in azole-contaminated or fungicide-sprayed soil9–11. This opposing data can be explained by the hypothesis that resistance does not arise in the soil by itself but instead, heaps of waste material gathered during crop cultivation may be a more likely environment for the emergence of azole resistance. A. fumigatus is very common in compost piles, decomposing plant material, and municipal waste treatment plants6. This would also explain why many authors have demonstrated the prevalence of drug-resistant strains in compost10 instead of farmable soil12. Therefore, studies that failed to demonstrate the presence of resistant isolates in contaminated soils assumed that the soil is a hotspot for the emergence of resistance when, in fact, it may not play a major role.

The question that remains is whether these fungi have become drug-resistant in the environment and what causes or selects for drug resistance?

The problem with the development of drug resistance in the environment and consequent infection by such strains means that the tools used to prevent and control the emergence of drug-resistant strains in clinical practice, such as the rational use of drugs, may not control resistance. Thus, other approaches, such as infection prevention and control strategies, need to be used in order to avoid such a problem.

A One Health approach is the solution

The One Health Commission defines13 One Health as: “a collaborative, multisectoral, and trans-disciplinary approach – working at local, regional, national, and global levels – to achieve optimal health and well-being outcomes recognizing the interconnections between people, animals, plants and their shared environment.” A One Health approach is recognised as being part of resolving the problem of antibiotic resistance transmission from animals to humans, where the use of these drugs as growth promoters for animals has been perceived as a source of drug-resistant bacteria. Thus, there is a great international effort and pressure for the rational use of antibiotics in animal medicine and restriction of their use as growth promoters. Antifungal resistance should also be viewed from the One Health perspective, since the origin of this problem may lie beyond the hospital, in the environment. Clearly, the use of fungicides and other pesticides is essential for the world’s food production. However, it is not plausible to justify maintaining food ‘quality’ and ‘productivity’ over human health. Therefore, discussions about the rational use of fungicides that have been proven to select for drug resistance to clinically useful drugs for human infections must be urgently conducted. 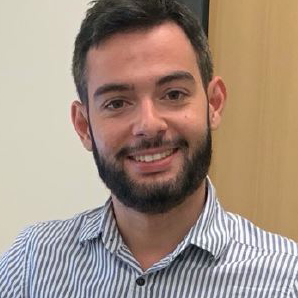 Rafael W. Bastos is a postdoctoral fellow and a lecturer in the Pharmaceutical Sciences Faculty of Ribeirão Preto at the University of São Paulo, Brazil.

Rafael obtained his Biological Sciences degree in biological sciences from the Federal University of Viçosa, and his master’s and doctorate degrees in microbiology from the Federal University of Minas Gerais, both in Brazil. He also was a visiting researcher at Pasteur Institute in Paris, France, during his doctorate degree as well as in the Department of Medical Microbiology and Immunology at the University of Wisconsin-Madison, USA, during his postdoctoral fellowship.

Rafael has dedicated his scientific career to trying to understand antifungal resistance in human pathogens such as yeasts and moulds, with a particular focus on resistance arising in the environment. He is also seeking to discover new antifungal drugs and elucidate their mechanism of action. 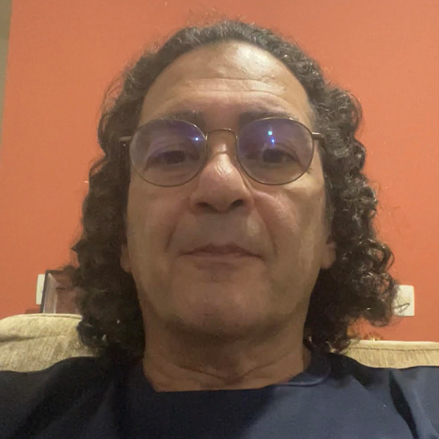 Gustavo H. Goldman is a Professor of Molecular Biology at the Pharmaceutical Sciences Faculty of Ribeirão Preto at the University of São Paulo, Brazil.