Antimicrobial resistance has a language problem, and we’ve known it for a while. Back in 2015, Wellcome published research revealing that people in the UK have little awareness of the issue and how it could affect their health – mainly because of the way it’s talked about.
Since then we’ve been using the term ‘drug-resistant infections’ for our public-facing communications which, according to our research, people find more accessible than ‘antimicrobial’ or ‘antibiotic resistance’. Even so, we know that the language problem is broader than a single phrase and suffers from an array of jargon. This is what led to a call co-authored by GARDP’s Executive Director Dr. Balasegaram for simpler, clearer and unambiguous terminology to be used everywhere.
We’ve just published new research on the way we talk about the issue – based on testing messaging with 12,000 people in seven countries (the UK, US, Germany, Japan, India, Thailand and Kenya).
It’s often considered that since AMR requires responses that are context-specific, our communications should reflect this – especially since communications often have strong cultural links. The research surprised us by demonstrating that there are some universal truths which can serve as a framework for communications anywhere.

We’ve come up with five principles for talking about the issue effectively. By creating a universal framework for the way we talk about drug-resistant infections, the public will better understand that this is a global threat that affects everyone.
We encourage experts and practitioners working on antimicrobial resistance to use these principles wherever possible. And using them in combination is even better.

Framing antimicrobial resistance as ‘undermining modern medicine’ is the most compelling way to talk about the issue with the public, as it helps people to understand the breadth of its impact. This messaging should ideally be coupled with examples of routine procedures and common illnesses and injuries that could be affected by antimicrobial resistance (e.g. UTIs, STDs, accidents). This will help people to understand that this could happen to anyone, and that it’s bigger than one disease.

We need to talk about the issue using simple, straightforward and non-technical explanations – avoiding scientific jargon. The term ‘drug-resistant infection’ was best understood in all countries, which is why we recommend using it in public-facing communications wherever possible. It’s also important to explain that microbes develop resistance, not individuals – this helps people to understand that this could happen to anyone. And we should explain the role that human activity is playing in accelerating the issue.

3. Emphasise that this is a universal issue; it affects everyone, including you.

We’ve found that talking about drug-resistant infections in terms of an ‘apocalypse’ or a return to the ‘dark ages’ ultimately fails to create a sense of urgency and delays action. Framing the issue in terms of catastrophic projections is unhelpful – 2050 is a distant threat. Make it clear that antimicrobial resistance is currently having a significant impact – and that this impact will become increasingly severe if action is not taken. This is more effective than pointing to what could happen in five or ten years.

We can boost the impact of communications on antimicrobial resistance by framing the issue as solvable. Crucially, this needs to be accompanied by a clear and specific call to action.

If we are to create real impact and drive change, we need to talk about drug-resistant infections as a serious, current threat – but one which is solvable through collective action. And we need to present the issue through a human lens. How are people being affected right now? Can we use case studies to tell the story through their perspective?
Public awareness of drug-resistant infections is still low across the world, and people have little understanding of the threat they pose. There is no public health without the support of the community and we need to enlist people’s support to fix the problem. The first step is to make sure people can understand why the problem should matter to them. It’s not too late to change the course of direction. 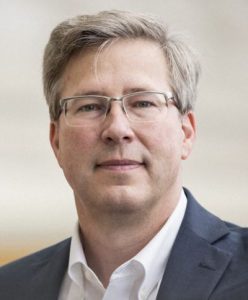 Tim Jinks is the Head of the Drug Resistant Infections Priority Program leading Wellcome Trust’s strategic plan to address antimicrobial resistance. In his preceding role in Wellcome’s Innovations Division, he was responsible for a portfolio of over a dozen early stage product development projects covering therapeutics, diagnostic and devices spanning across therapeutic areas such as infectious diseases and oncology. Tim also serves on the Longitude Prize Committee, as Wellcome’s representative on the board of the Global R&D Innovation Hub and as Non-Executive Director of ReViral Ltd. Prior to joining the Trust in 2012 he has over a decade of industry experience in drug development, most recently as a consultant providing business development, licensing and commercial research services.