A new cephalosporin has been approved – by Ursula Theuretzbacher

After approval of four new ß-lactamase inhibitor (BLI) combinations in the last five years, a new member of the ß-lactam class made it to the finish line. On November 14, 2019 the US Food and Drug Administration (FDA) approved cefiderocol (Fetroja) for the treatment of complicated urinary tract infections (cUTI), including pyelonephritis caused by susceptible Gram-negative bacteria, in patients with limited or no alternative treatment options. What makes this new antibiotic special? Cefiderocol is the first new cephalosporin since the early 1990s that does not require a BLI to protect it from hydrolysis by ß-lactamases. The chemical structure of cefiderocol is related to that of ceftazidime and cefepime but cefiderocol is more stable to a variety of ß-lactamases. Also, the cephalosporin molecule is linked to a catechol moiety that can bind to iron that facilitates bacterial cell entry in addition to the usual entry via porin channels. These modifications to a widely used antibiotic class should provide advantages but also some reasons for caution.

Some advantages come immediately to my mind, such as the familiarity with the cephalosporin group, the known class-specific safety profile and pharmacokinetic and pharmacodynamic properties. With the modification to the molecule, major class-specific resistance mechanisms have been addressed. Unlike previous BL/BLI combinations, the spectrum of in vitro activity covers all Gram-negative bacteria for which there is a critical priority for new drugs; this includes Enterobacteriales, Acinetobacter, and Pseudomonas. This antibiotic responds to a major public health need by providing a potential new treatment option for infections caused by many extensively drug-resistant (XDR) bacteria as well as being a potential alternative to carbapenem and colistin-based treatments.

The devil is in the detail

However, as a member of the ß-lactam class, it is not completely stable to all ß-lactamases. The minimum inhibitory concentration (MIC) values of cefiderocol are higher in producers of one or multiple ß-lactamases than in non-producers. The MIC90 values of carbapenem-resistant Gram-negative bacteria including Enterobacteriales, A. baumannii, P. aeruginosa may be 4-8-fold higher compared to susceptible isolates. Even if the MICs stay below the susceptibility breakpoint concentration there is still a risk for non-efficacy in strains with borderline activity or strong selection pressure. Bacteria always find a way to improve their arsenal of ß-lactamases or their hydrolytic power, and other resistance mechanisms. This is already visible in in vitro studies where regrowth of bacteria was confirmed, especially in producers of metallo-ß-lactamases, but also in the clinical situation where emergence of resistance was linked to clinical failure as reported in the FDA Briefing Document from 16 October 2019.

Cefiderocol in the clinic

Turning to the clinical experience with cefiderocol, the pivotal phase 3 clinical trial programme focused on the common pathway to approval with the indication cUTI, including pyelonephritis. The results of the study demonstrated non-inferiority to imipenem according to the primary endpoint success criterion, and a post hoc analysis showed superiority to the comparator due to greater microbiologic eradication in the cefiderocol arm. The FDA reviewers stated that the numerically favorable pathogen suppression may not necessarily translate into enhanced clinical benefit. A second phase 3 trial compared cefiderocol with meropenem in a non-inferiority trial for the treatment of hospital-acquired/ventilator-associated pneumonia (HAP/VAP) caused by carbapenem-susceptible Gram-negative bacteria. Both drugs were administered with prolonged infusion of three hours. Complete data from this trial have not yet been submitted to the FDA but top line mortality results have been provided to the Agency. This study addresses the need for more evidence in treating patients with serious bacterial disease. Like the cUTI study, the study protocol excluded patients with carbapenem-resistant bacteria and thus does not inform clinicians regarding the challenges of treating such infections.

Based on available publications and the FDA review of submitted data my summary of the newest cephalosporin is written with some optimism but grounded in realism.

In addition, cefiderocol was compared in a small descriptive study in critically ill patients with the best available therapy in infections caused by carbapenem-resistant bacteria, including A. baumannii, at various anatomical sites. This study was not designed to support a new drug application submission to FDA but intended to provide supportive data for the use of Cefidercol to treat carbapenem-resistant infections. Due to the open descriptive nature of the study, several baseline imbalances, a population with very severe underlying disease, a large variety of treatment regimens, and a large number of indeterminate outcomes made it difficult to assess this study. Two major results of this study caught my attention: The cefiderocol group had a higher rate of all-cause mortality than the comparator group at all visits with approximately 50% of the deaths attributable to the original Gram-negative bacterial infection. Therefore, labelling for cefiderocol includes a warning regarding the higher all-cause mortality rate observed in cefiderocol-treated patients compared to those treated with other antibiotics in this trial. The second worrying outcome was a 4-fold increase in cefiderocol MICs in one or more baseline bacteria at days ranging from days 3 to 23 which was mostly associated with an unsuccessful outcome (either clinical failure at test of cure (TOC) or death before TOC), mainly in patients with HAP/VAP due to non-fermenter carbapenem-resistant bacteria: A. baumannii, Stenotrophomonas maltophilia, and P. aeruginosa.

Based on available publications and the FDA review of submitted data my summary of the newest cephalosporin is written with some optimism but grounded in realism: 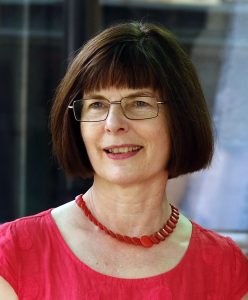 Ursula Theuretzbacher is a microbiologist and expert for antibacterial drug R&D strategies and policies based on clinical and public health needs. Her broad therapeutic area of expertise includes early integration of pharmacokinetic/pharmacodynamic (PK/PD) concepts, optimisation of dosing and usage approaches, public funding strategies for antibacterial R&D and initiatives to recover the global pipelines. Previously, she was work package leader or partner in several EU funded international collaborative projects focused on antibacterial drug R&D and reviving of old antibiotics. Additionally, she served as President of the International Society for Anti-Infective Pharmacology, Founding President of the European Society for Clinical Microbiology and Infectious Diseases (ESCMID) PK/PD of Anti-Infectives Study Group, and as Executive Committee member of the International Society for Infectious Diseases (ISID). Ursula was member of the coordinating group of the WHO project Priority Pathogen List for R&D and is leading scientist for the Clinical and Preclinical Pipeline analysis, and development of Target Product Profiles at WHO.