The Program for Monitoring Emerging Diseases or ProMED is an online global emerging infectious diseases and outbreak surveillance network1. It is the flagship program of the International Society for Infectious Diseases (ISID) which is a professional organization founded in 1986. ISID has over 80,000 members in over 185 countries, who are involved in human and veterinary medicine, microbiology, epidemiology, and public health2. ISID’s activities, in addition to ProMED, include IKEEP, the open- access and online Knowledge Exchange & E-Learning Platform3 as well as ‘The Guide to Infection Control in the Healthcare Setting’ which is an online, open-access resource on the management of nosocomial infections4. ISID also has its own open-access, peer-reviewed publication The International Journal of Infectious Diseases (IJID)5 and holds international conferences such as the International Congress on Infectious Diseases (ICID)6.

ProMED has been reporting infectious disease outbreaks and outbreaks due to poisonings such as heavy metals and insecticides, as they happen, in humans, in wild and farmed animals, and in plants to a worldwide audience via electronic reporting since 1994. ProMED employs the concept of public health surveillance originally developed by Alexander Langmuir at the U.S. CDC in the 1950s. It was initially developed as an online public health surveillance network for identifying and enumerating emerging diseases in populations on a global scale. The ProMED team includes health professionals in human and veterinary medicine. This is because many emerging diseases that originate as natural infections of one species gain opportunities to transfer to other species. It also includes a specialist in plant diseases. ProMED expanded to include additional online networks in Portuguese, Spanish, and Russian, and networks in the Mekong Basin, French-speaking and English-speaking Africa, South Asia, and the Middle East/North Africa. It is used daily by public health professionals, government officials, physicians, veterinarians and other healthcare workers, researchers, private companies, journalists, and the public.

ProMED-AMR aims to keep the public informed about AMR, its causes, and the efforts being made to combat its threat to public health.

ProMED is committed to content that is open access, free of any charges or political constraints. Over the years, ProMED has served as the premier early warning system for the detection of emerging disease outbreaks. Examples of ProMED successes include the first reporting to the public of the SARS pandemic of 2002-2003 on 10 Feb 2003 and the current COVID-19 pandemic on 30 Dec 2019.

During the past quarter-century of ProMED’s existence, it has increasingly become apparent that antimicrobial resistance (AMR) is a pandemic that threatens the prevention and treatment of infections caused by bacteria, parasites, viruses, and fungi. This trend threatens the effectiveness of the achievements of modern medicine, including implantation of prosthetic devices, tissue and organ transplantation, and cancer chemotherapy. Even treatment of all-too-commonplace infections, such as gonorrhea, can no longer be taken for granted.

ProMED-AMR receives e-mails daily that contain new information on emerging issues in AMR. Submissions include first-hand reports, news reports, reports from NGOs and government organizations, current scientific journal articles, and internet-based sources such as blogs and social media. The submissions are carefully screened for validity, placed in a uniform format, and given an appropriate context by the expert AMR moderators.

In the first six months after the launch of ProMED-AMR, 166 posts appeared on this site. About a third concerned global AMR issues; 25% concerned AMR in Asia, 15% AMR in the Americas, over 10% AMR in Europe, with smaller percentages AMR in Africa, Western Pacific, and the Eastern Mediterranean regions.

Below is a list of several recurring themes which are highlighted in ProMED-AMR posts (Please find information on how to access the relevant posts here):

During the past quarter century of ProMED’s existence, it has increasingly become apparent that antimicrobial resistance (AMR) is a pandemic that threatens the prevention and treatment of infections caused by bacteria, parasites, viruses and fungi.

In conclusion, AMR is a global threat to public health and needs the concerted action of everyone everywhere. Many initiatives have been or are being launched in efforts to reduce, or at least slow the rate of increase in emergence of drug-resistant bacteria. ProMED-AMR aims to keep the public informed about AMR, its causes, and the efforts being made to combat its threat to public health. 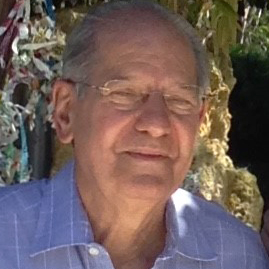 He was formerly the chief of the Division of Infectious Diseases and Professor of Medicine at Drexel University College of Medicine, USA. He has been an Epidemic Intelligence Service officer at the U.S. Centers for Disease Control and Prevention and completed training in epidemiology at the New York State Department of Health Epidemiology Residency Program. He was a National Institutes of Health (NIH) trainee in infectious diseases at the New York Presbyterian Hospital and Weill Cornell University Medical Center, USA. Matthew is a fellow in the Infectious Diseases Society of America, the American College of Physicians, the American College of Clinical Pharmacology and the Society for Healthcare Epidemiology of America.