With the ever-increasing threat of antimicrobial resistance, there has been considerable discussion about approaches for new therapeutics. This is especially so for Gram-negative bacteria many of which the U.S. Center for Disease Control (CDC) and World Health Organization (WHO) consider serious or urgent antimicrobial resistance threats and for which development of new treatments is critical. The WHO and Pew Charitable Trusts have recently published pipeline analyses and concluded that only a few agents currently in clinical development address these pathogens1,2. Unfortunately, there continues to be ongoing confusion on concepts and terminology concerning drug resistance, including cross-resistance, multidrug resistance (MDR), extensive drug resistance (XDR) or pan-drug resistance (PDR) as well as the lesser-known terms usual drug resistance (UDR) and difficult-to-treat resistance (DTR). There is also a misconception of the role that new drug classes with a new mechanism of action may play in innovating therapies against bacteria with these drug resistances.

Before we delve into the ‘how’, we must first address the belief that new classes of drugs with new mechanisms of action are the only way to make progress against these pathogens. These misconceptions may mislead policy makers and others on priorities and progress on innovation in antibiotic R&D.

MDR is a term often used to describe resistance to multiple drugs within or across drug classes3. In considering the role of innovation in addressing infections by MDR Gram-negative bacteria, it is useful to understand the mechanistic causes of what classifies as MDR. We consider that MDR in Gram-negative bacteria occurs due to the drug class/mode of action (MOA)-specific resistance mechanisms. It may also be caused by general intrinsic resistance mechanisms that result in resistance across different drug classes.

Some well-known examples of resistance mechanisms that are drug class-specific are mutations in the genes encoding DNA gyrase and topoisomerase IV subunit gyrA/parC that are a target for fluoroquinolones. Others include acquisition and increased expression of beta-lactamases. These resistance mechanisms do not cross chemical classes, and thus become the rationale for developing drugs with new mechanisms of action or targets for inhibition in bacteria.

We believe progress against MDR bacteria can only be achieved by addressing resistance of both class-specific and general-intrinsic mechanisms – ideally simultaneously.

General intrinsic resistance mechanisms in Gram-negative bacteria are based on restricting the access of drugs to their specific targets. These are largely acquired due to a combination of the slow influx of drugs across the low permeability outer membrane and the efflux by multiple transporters. This access may be further decreased by mutations of the general outer membrane porins that drugs use for entry, or from increased expression of efflux systems. These mechanisms are very non-specific and can interact with a wide range of chemical matter, including multiple different chemical classes of antibiotics with unique MOAs.

The problem becomes especially daunting when a class-specific mechanism is combined with a general-intrinsic mechanism. Each mechanism can multiply the impact of another, as in gyrA/parC mutations with efflux in Pseudomonas aeruginosa, or mutations in porin genes and beta-lactamase production in Enterobacterales.

Why is this distinction between resistance mechanisms important? When considering the impact of innovation for new antibiotics and these two mechanisms, there is frequent emphasis on the need for drugs with a novel mode of action. Although, when considered in the framework above, progress will not be made by stressing the new class alone as this will address only specific mechanisms. One can easily envision that a new class of drug not susceptible to “old” specific resistance mechanisms may be even more susceptible to the intrinsic mechanisms the drugs is intended to replace.

One attractive approach is development of “resistance-focused” drugs that are not antibiotics but would be directed towards class-based or intrinsic resistance mechanisms for co-administration with antibiotics, similar to approaches for immunomodulation in cancer and “boosters” in virology.

One example of note are inhibitors of LpxC, a target that has been pursued by a number of drug discovery groups. In Pseudomonas aeruginosa, one can see that inhibition of the MexAB-OprM efflux pump can reduce the minimum concentration to inhibit the growth of 90% of organisms (MIC90) of an LpxC inhibitor by eight-fold (from 1 μg/ml to 0.125 μg/ml). Thus, progress against MDR Pseudomonas could still remain highly impacted by MDR mechanisms, even with a new drug class.

We believe progress against MDR bacteria can only be achieved by addressing resistance of both class-specific and general-intrinsic mechanisms – ideally simultaneously. The recently approved cephalosporin, cefiderocol has improved stability to many beta-lactamases (class-specific mechanisms). In addition, cefiderocol has an increased rate of uptake across the outer membrane due to a siderophore moiety on the molecule that is recognized by iron transport systems in bacteria. Cefiderocol appears to be minimally affected by efflux pumps (intrinsic mechanisms). Similarly, new drugs designed to overcome preexisting specific resistance mechanisms need to incorporate design elements that can evade or minimize the impact of intrinsic mechanisms; potential approaches have recently been summarized4,5,6.

One attractive approach is development of “resistance-focused” drugs that are not antibiotics but would be directed towards class-based or intrinsic resistance mechanisms for co-administration with antibiotics, similar to approaches for immunomodulation in cancer and “boosters” in virology. Examples of clinically proven progress include broad-spectrum beta-lactamase inhibitors directed against beta-lactamases that overcome class-specific resistance to beta-lactam antibiotics. But these molecules must also have properties that minimize the impact of intrinsic resistance mechanisms, such as those demonstrated in our own discovery programs with the boronate beta-lactamase inhibitor QPX77287. Using such inhibitors with beta-lactams that evade efflux can create therapeutics that overcome both class-specific and general intrinsic resistance. Similarly, drugs that target efflux pumps and outer membrane permeability are ways to directly impact the general intrinsic mechanisms of MDR bacteria; they will be particularly impactful when combined with new classes of antibiotics that are not susceptible to class-specific mechanisms.

Through specifically defining MDR and understanding its mechanistic root causes, we can develop active and durable small molecule therapeutics that can overcome emerging and serious antimicrobial threats. However, unless both class-specific and general intrinsic resistance mechanisms are addressed in drug discovery, new antibiotic classes will do little to overcome multi-drug resistance in Gram-negative bacteria.

The authors are funded in part from the US Department of Health and Human Services; Office of the Assistant Secretary for Preparedness and Response; Biomedical Advanced Research and Development Authority (BARDA), under OTA number HHSO100201600026C, and by the National Institute Of Allergy And Infectious Diseases of the National Institutes of Health under Award Number R01AI132154. The content is solely the responsibility of the authors and does not necessarily represent the official views of these sponsoring agencies. 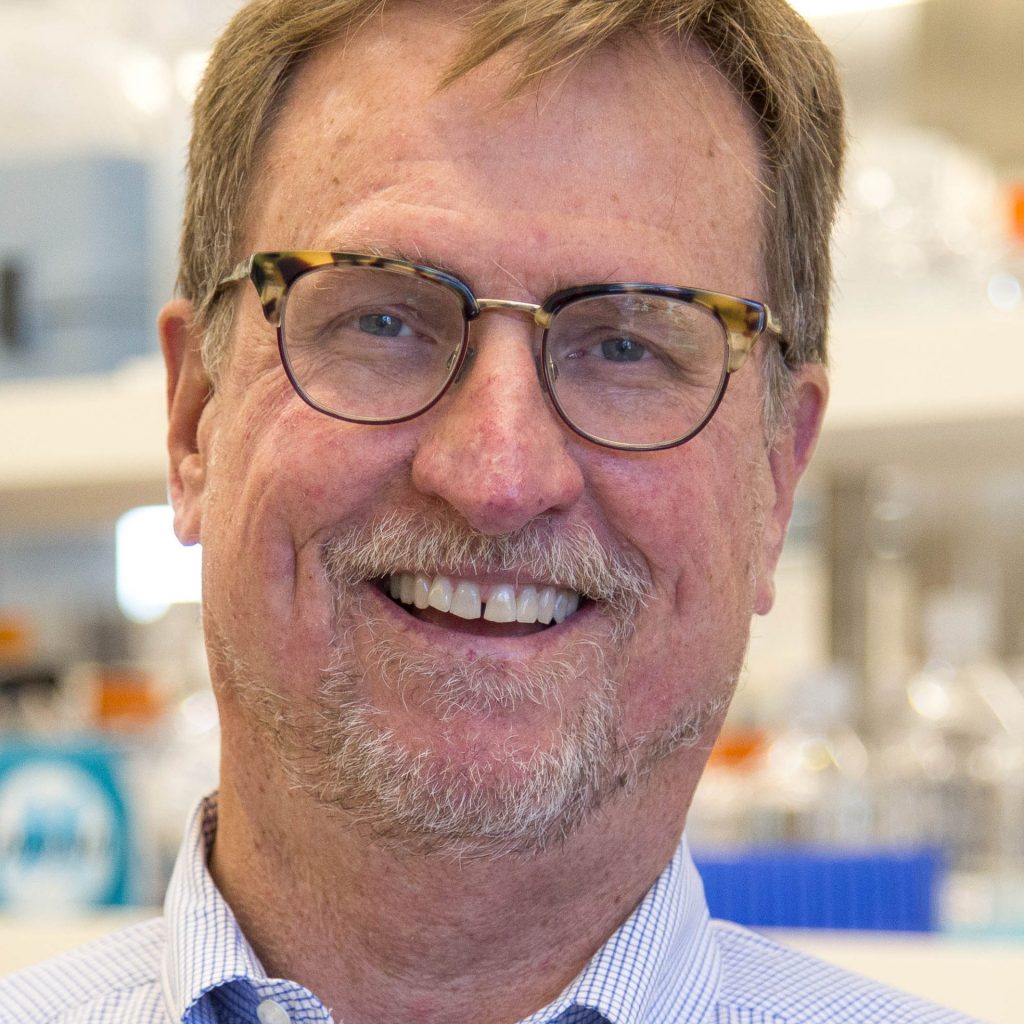 Michael N. Dudley is President and Chief Executive Officer of Qpex Biopharma, a clinical-stage resistance-focused company based in San Diego, California which he co-founded in 2018.

He has overseen the development (R&D) and regulatory approval of multiple antimicrobials. Most recently a first member of a new class of beta-lactamase inhibitors. As the chief scientific officer and co-leader of the Infectious Disease Business Unit at The Medicines Company, he was involved in the approval and launch of three antibiotic treatments. He led negotiations for multiple public-private R&D partnerships including BARDA and the Innovative Medicines Initiative advancing the development of antimicrobial agents in USA and Europe. Michael was also Professor and Department Chair at the University of Rhode Island as well as Brown University, both in the USA. Here, he pioneered research into the pharmacokinetics and pharmacodynamics of antimicrobials. Michael has published extensively in the field and has also served on expert regulatory and scientific advisory committees.

Olga has over 20 patents and has authored over 50 original articles and book chapters. She serves on the editorial boards of several scientific journals including Antimicrobial Agents and Chemotherapy and Journal of Bacteriology. Olga was elected as a Fellow of the American Academy of Microbiology.