The O’Neill report on antimicrobial resistance (AMR) to the UK government points to bacteriophage (phage) therapy as the premier alternative to antibiotics.1 They are the ultimate precision antibacterial – the most abundant and diverse microorganism on the planet.2

The bacterial-phage, predator-prey relationship matured before the evolution of hominids3 and is an important part of ecosystem homeostasis.4 By contrast, antibiotic resistance is still evolving through gene acquisition5 and fundamental adaptations in bacterial populations.6

Natural and evolved resistance to phage attack can be overcome by phage-phage, and phage-antibiotic, combinations. The use of phages to which phage-resistance is more ‘costly’ to the bacterium to develop, the ‘training’ of phages against target pathogens to ensure this, and therapeutic phage diversity are all expected to be important to prevent emergence of phage-insensitive bacterial pathogens.7

A previous writer in this series8 pointed to increasing interest in pathogen-specific approaches to multi-drug resistant (MDR) infections.6-11 A precise tool such as a phage is an ideal, pathogen-specific option; neither affected by nor contributing to AMR.

Collateral damage to the human microbiota is minimised by the extreme precision of phage therapy. However, this means that each phage may be used much less than a broad-spectrum antimicrobial and economies of scale may be harder to achieve.

Endpoint QC processes provide flexibility, allowing for phages to be administered safely, even given phage-phage differences. There is a precedent now in Belgium for adapting this type of pathway for the routine use of phages.

In principle, phage therapy should be cheap. Phages are plentiful and ubiquitous; easily modified by forced evolution or bioengineering; and easy to culture and purify. However, production according to traditional Good Manufacturing Practice (GMP) standards9  is infrastructure-intensive and expensive. It is viable only if economies of scale – where average costs per unit produced decrease with an increased magnitude of production – can be achieved.

A separate production plant dedicated to each phage is not likely to be economical. Even moving to small-scale GMP-certified facilities for savings in consumables leaves more significant, important, overhead costs in production and quality control (QC) that pertain to each individual batch. Yet we must be responsive to immediate, local needs for highly diverse, safely produced phages. How can we do this?

One way is to increase the number of patients each phage batch treats. A simple calculation illustrates the need to keep wastage under 90% if possible: i.e., >10% of a batch should be used before the expiry date (Fig. 1), since 5% usage costs 20-fold more than 99.9% usage, 10% costs 10-fold more, 20% 5-fold more, and so on – since batch costs are fixed. Phages can achieve this if they are effective against a sufficiently broad range of commonly encountered bacterial strains, like Staphylococcus aureus and Pseudomonas aeruginosa), are supported by good distribution logistics, and have a good shelf-life.

For example, if the shelf-life of a phage product is 12 months, a 1,000-dose batch (assuming 30 doses per course) means each batch must treat approximately eight patients a year to place phage acquisition costs in the range of a moderately expensive modern antibiotic. 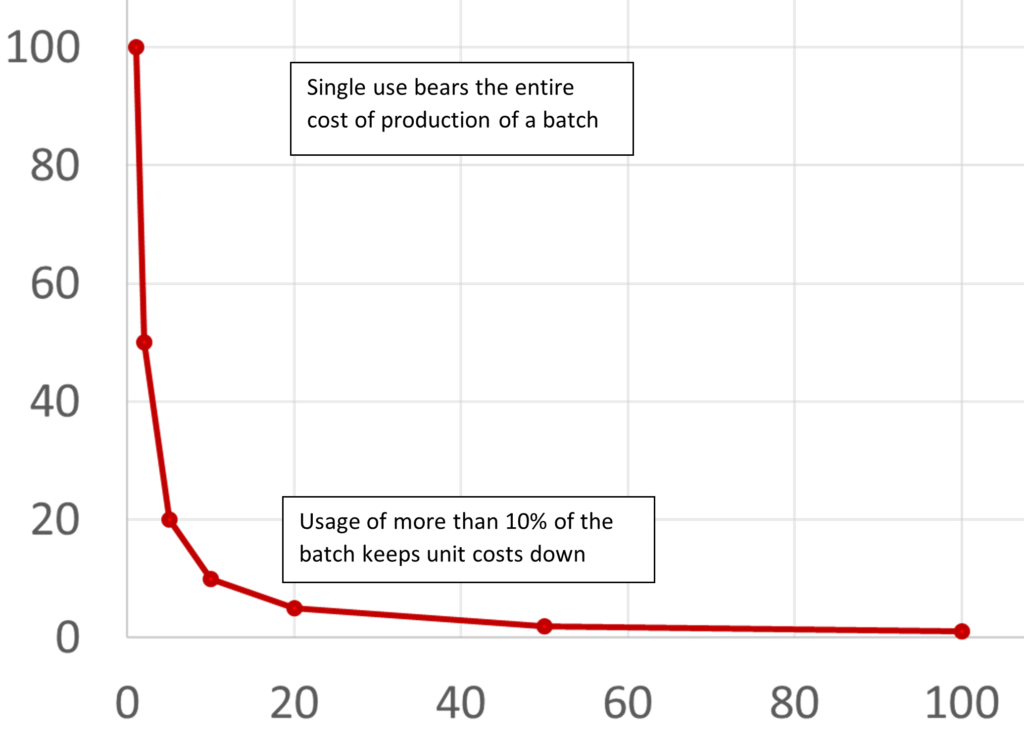 Figure 1. The relationship between the percentage of batch cost (vertical axis) and batch usage (horizontal axis) indicates an inflection point at ~10% usage.

The simple logic of these economics drives production towards common bacterial targets, often achieved by including multiple phages (the so-called phage ‘cocktail’) in one standardised GMP production line.

The expensive and time-consuming process of traditional clinical trials for antibiotics is even less suited to highly personalized antimicrobials like phages. Given their inherent safety, phages fit well into an endpoint, quality-control framework, in which the end product’s safety is regulated, similar to the way in which blood products are regulated. This provides an effective safety mechanism in the absence of end-to-end GMP process control.

For phages, an endpoint quality control (QC) process that prevents injection of live bacteria, inflammatory debris (e.g., lipopolysaccharide/ ‘endotoxin’), and bacterial or chemical toxins and ensures that the infusion product is non-irritant (e.g., buffered solution in physiological pH range) is essential. These data can be presented in a standardised document with evidence that the phage itself has no undesirable biological characteristics. In the absence of comprehensive assays to detect all undesirable characteristics, it is additionally essential to ensure that the phage production strain encodes nothing that may present a risk in the final therapeutic product.

Endpoint QC processes provide flexibility, allowing for phages to be administered safely, even given phage-phage differences. There is a precedent now in Belgium for adapting this type of pathway for the routine use of phages.10 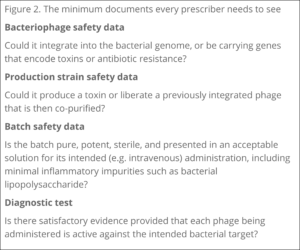 Figure 2. The minimum documents every prescriber needs for phage therapy.

In the absence of full GMP certification with end-to-end process control, the responsibility for patient safety and the evaluation of risk and potential benefit is often devolved locally to the prescriber and/or the institution with the most direct and explicit duty of care (such as a health care organisation). This is typically handled at the level of a jurisdictional ethics committee, often by delegation to a specialised therapeutics subcommittee (‘drug committee’). The phage, bacterial production strain and manufacturing safety data sheets will be required by the institutional review board/drug safety committee for every bacteriophage considered for use (Fig 2). In our own institution, we provide this in the form of four documents regarding the therapeutic material and provide the therapy within a standardised treatment and monitoring framework. The type of evidence required may vary with jurisdiction to some extent, but some guidelines are published.11,12

If we can get the economics right and design systems that reflect the critical attributes of phages, phage therapy has the potential to provide a safe, AMR-proof safety net upon which governments and hospitals can rely. This challenge is one that prescribers, regulators and the industry must meet.

Redesigning how we pay

Just as we need fit-for-purpose regulatory mechanisms, it is essential that payment mechanisms are designed to fit. Volume-based pricing has strangled antibiotic profitability but value-based (outcome-based) models, with payments based on patient outcomes, are an attractive potential solution12 that could work for phages. For example, given the costs of a prosthetic hip joint infection,13 and the estimated efficacy of phages in such settings,14 maintaining an anti-staphylococcal phage service should be a cost-effective use of health resources. Public-private partnerships15 or a subscription model such as recently launched in the UK16 are sensible, potential routes forward.

A GMP framework that allows sufficient diversity and caters to sufficient demand means that most needs will be met and that phage production can be cost-effective. On the other hand, a well-regulated and highly standardised end-point QC will allow safe high-quality ‘special case’ production for individuals and means that we can provide a phage solution for every bacterial problem. For the best of both worlds, we may therefore need to consider two complementary processes, at least initially.

If we can get the economics right and design systems that reflect the critical attributes of phages, phage therapy has the potential to provide a safe, AMR-proof safety net upon which governments and hospitals can rely. This challenge is one that prescribers, regulators and the industry must meet. 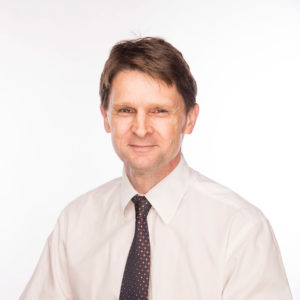 Jon Iredell is a physician and microbiologist based at Westmead Hospital and the University of Sydney. His research group works on infections in the critically ill and antimicrobial resistance and has been continuously funded by Australia’s National Health and Medical Research Council for more than 15 years. Recent work in the laboratory has focused on new solutions for antimicrobial-resistant infections, including plasmid displacement approaches and bacteriophage therapy. 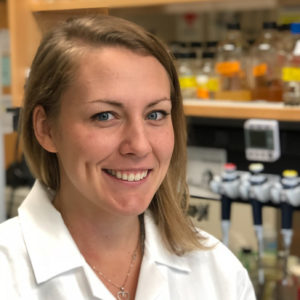 Jessica Sacher received her PhD in Microbiology and Biotechnology in 2018 from the University of Alberta, Canada. In 2017 she co-founded Phage Directory, a global network of phage researchers from 80+ countries. She has since directed its phage-sourcing and community-building efforts, including coordinating 45+ phage-finding efforts, where 1200+ members of the global phage community volunteer their time and lab space to identify active phages for patients. In 2022, she joined Prof. Jon Iredell’s group in Sydney, Australia as a postdoctoral research scientist for the Phage Australia project. She is working to develop and streamline Phage Australia’s phage selection, biobanking, and manufacturing process, to make phage therapy available for patients Australia-wide and eventually beyond.