Our antibiotic arsenal is becoming increasingly ineffective at treating bacterial infections. We are no longer discovering and developing new treatments fast enough to stay ahead of the growth in drug-resistant infections. These two simple and well-documented facts are at the crux of the antimicrobial resistance crisis1. The problem is multifaceted, with a complex combination of root causes requiring diverse strategies to deliver truly effective solutions.

A key component of these approaches is the continued development of new antibiotics and other direct-acting small molecule therapeutics – but how do we accomplish this? From a medicinal chemist’s perspective, there are many promising tactics. Note that the list below is not exhaustive and excludes other encouraging biological treatments such as phage therapy, antibodies, microbiome manipulation, immunomodulation and vaccines.

New and Improved. The most successful tactic to generate new antibiotics over the past six decades has been to rationally improve the prevailing classes. This is why we have multiple generations of, for example, b-lactams, tetracyclines and quinolones. Medicinal chemistry optimization leads to new analogues with improved potency or pharmacological profiles, reduced side effects, or an ability to overcome resistance mechanisms. The advent of molecular design has aided the rational design of improved versions. For example, crystal structures and molecular modelling can be employed to identify the structural modifications in the ribosome caused by mutations conferring resistance to macrolides2 or oxazolidinones3, with new analogues designed to avoid steric clashes with the mutated residues. While there is a danger that this approach will lead to diminishing returns with only incremental improvements, the potential to create new subclasses with substantially better properties, such as the carbapenem b-lactam antibiotics, means that considerable effort is still expended. This is reflected by the predominance of drugs obtained via this approach in the clinical pipeline4.

The development of new methodologies has reinvigorated investigations of natural products as a source of novel antibiotics.

Rediscover old antibiotics. The ‘golden age’ of antibiotic discovery refers to the 1940s to 1960s, when scientists combed the world of natural products  and uncovered completely new antibiotic classes. Because so many potential new antibiotics were being discovered, many were never advanced further or comprehensively examined. Now that our cupboard has become empty, it may be possible to find ‘diamonds in the rough’ by thoroughly searching the literature for interesting alternatives. This approach is exemplified by the ‘rediscovery’ of the octapeptins5, a lipopeptide class originally described in the 1970s but then largely ignored. However, given that these initial reports described that they retained activity against a current significant problem, polymyxin-resistant Gram-negative bacteria, they have now become the focus of a CARB-X (Combatting Antibiotic-Resistant Bacteria Biopharmaceutical Accelerator) funded medicinal chemistry optimization program.

Target-based approaches. Rational drug design based on interactions with specific protein targets has been highly successful for many therapeutic indications but not so much for antibiotic discovery.  Bacteria are theoretically ideal organisms for this approach as they contain unique biological pathways and enzymes/receptors compared to their mammalian counterparts. However, summaries of research programs at GlaxoSmithKline6 and Astrazeneca7 demonstrate that, even though highly potent and selective compounds can be developed against an isolated target in vitro, whole-cell activity is usually absent as bacteria have evolved many mechanisms to prevent these molecules from reaching this target. Nonetheless, several programmes have persisted in reaching later development stages, such as inhibitors of LpxC8, a key enzyme in the synthesis of the membrane of Gram-negative bacteria. Whether these will lead to an approved antibiotic remains to be seen.

Natural product diversity. Almost all clinically useful antibiotics have been derived from natural sources, generally secondary metabolite products of soil-dwelling fungi or bacteria, particular actinomycetes9. The advent of modern medicinal chemistry relegated natural product discovery to a low priority, with most of the ‘low-hanging fruit’ already identified and screening campaigns only rediscovering known compounds. However, the development of new methodologies has reinvigorated investigations of natural products as a source of novel antibiotics.10 These include efforts to culture ‘hidden’ microorganisms found in soil which don’t grow using standard culture conditions or stimulating microorganisms to turn on defence mechanisms that produce ‘silent’ metabolites through co-culture or chemical treatment11. Genomic mining approaches identify biosynthetic gene clusters from individual microorganisms or environmental communities (metagenomics) and can be used to predict what types of novel structures they might produce12.

In addition to developing traditional direct-acting small molecules, medicinal chemists have derived a range of less conventional therapeutic approaches. some of which are outlined below. These novel strategies are most often initially applied to cancer targets, with extension to antibacterial applications often lagging decades behind their initial discovery.

Antibody Drug Conjugates (ADCs). A range of new oncology therapies has been developed by selectively targeting a cytotoxic agent to a cancer cell by linking it to an antibody that binds to specific motifs unique to the cancer cell. The same strategy can selectively target antibiotics to bacteria. However, there have only been a few examples to date, including a polymyxin analogue attached to a Gram-negative bacterial targeting antibody15, and a rifamycin analogue linked to an anti-S. aureus IgG1 monoclonal antibody, with the latter tested in a Phase 1 trial16.

We are no longer discovering and developing new treatments fast enough to stay ahead of the growth in drug-resistant infections.

Antibody-Recruiting Molecules (ARMs). The ARMS approach17 highjacks the immune system to help destroy undesired cells. ARMs are bifunctional small molecules with one arm that binds to a cell surface biomarker and another acting as an antibody-binding terminus, using small molecules that elicit a non-specific antibody response. The resulting ternary complex is then disabled by antibody-dependent immune effector responses. While most often applied to cancer cells, attempts to target bacteria have also been described, such as using a DNA aptamer to bind to group A Streptococci (GAS), with an α-Gal epitope triggering the antibody response18.

Proteolysis-targeting chimera (PROTAC). The PROTAC approach19, along with an ‘alphabet soup’ of acronyms of related approaches, hijacks the human proteolytic machinery to enzymatically degrade a protein of interest, e.g., rather than inhibiting an enzyme, the PROTAC approach destroys it. PROTAC therapeutics have reached Phase 2 clinical trials, but again with oncology indications. A recent review proposes how this strategy might be applied to bacteria;20 followed by a research report that describes a ‘BacPROTAC’ that hijacks a bacterial protease to degrade endogenous mycobacterium proteins21.

CRISPR-Cas-9. CRISPR-Cas9 therapeutics are ironically derived from a bacterial genome editing system. This highly precise gene-editing technology is used to modify, delete or correct specific regions of DNA. A clinical trial in 2021 proved that this approach could be used to delete a gene encoding a mutant protein in humans22. However, applications to kill bacteria are also possible and have been shown to work in vivo to kill S. aureus in a mouse skin colonization model23.

This quick overview of approaches to develop new antibacterial therapies shows that there are plenty of ideas ‘left in the tank’ and that as long as they are provided with sufficient time and money, the threat posed by antimicrobial resistance may not be as dire as feared. 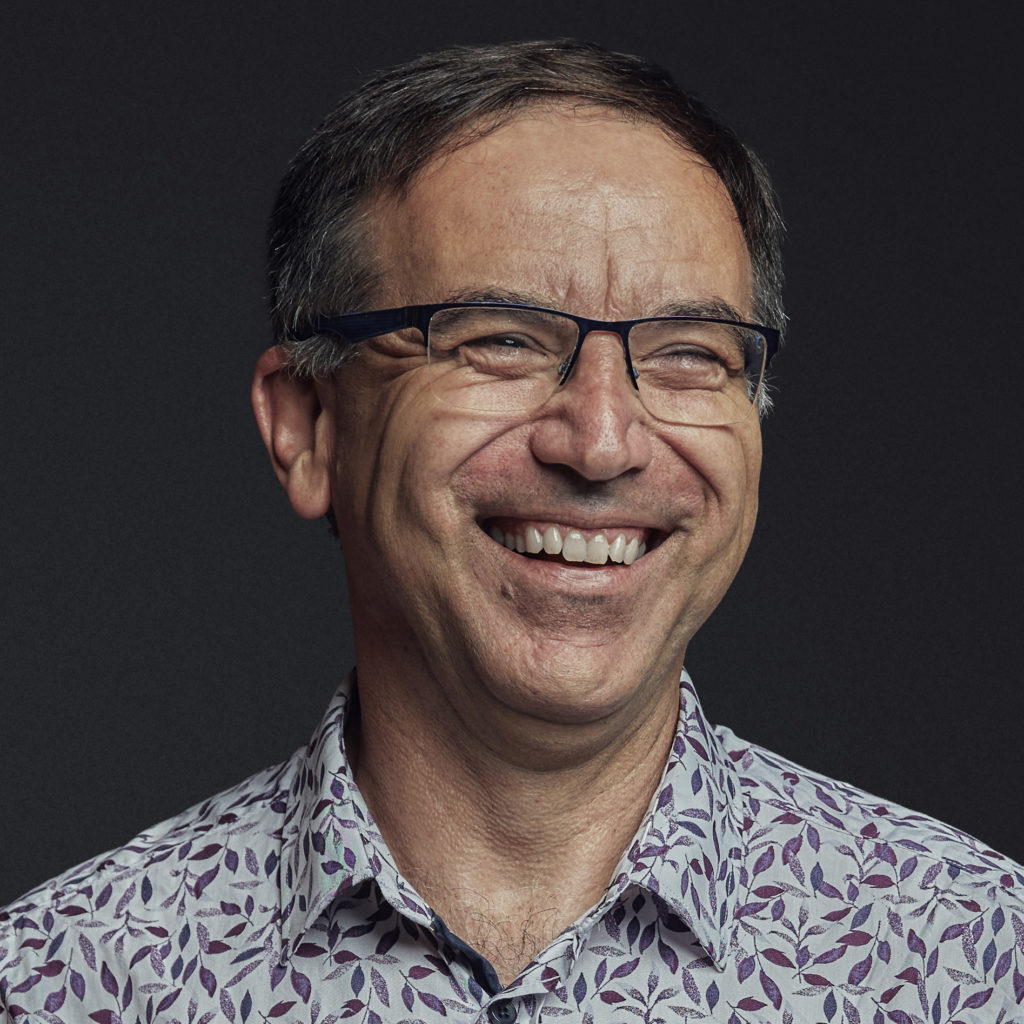 Mark A. T. Blaskovich is Director of the Centre for Superbug Solutions in the Institute for Molecular Bioscience at The University of Queensland, Australia. He is an ‘antibiotic hunter’ and medicinal chemist with 15 years of experience in industrial drug development. Before his academic career, Mark developed new antibiotics and non-antibiotic therapies to treat drug-resistant pathogens and also used modified antibiotics to detect bacterial infections.

He co-founded the Community for Open Antimicrobial Drug Discovery (CO-ADD), a global ‘crowdsourcing’ antibiotic discovery initiative, and has led industry collaborations focused on antibiotic development. Mark is an inventor on 11 patent families with over 50 granted patents. He has developed drugs in clinical trials, published over 120 research articles and secured over $20 million in antibiotic-related grant funding, including the first university-based award for antibiotic development from CARB-X (Combating Antibiotic-Resistant Bacteria Biopharmaceutical Accelerator). Mark is an Associate Editor of ACS Infectious Diseases.